Becoming number one: the Degussa story

Becoming number one: the Degussa story

Degussa is a phenomenal success story. Six years ago, it was just a name with a historic past. Today it is one of the largest independent gold retailers in the world. CEO Wolfgang Wrzesniok-Roßbach explains how the business has developed – and outlines its plans for the future.

1
The Degussa brand has been part of German folklore for more than a century. Where does it come from?

Degussa’s roots date back to the mid-19th century, when Frankfurt was an independent entity with its own currency and mint. Following Prussian occupation in 1866, the city lost its minting rights and in 1871, after the Franco-Prussian war, Germany decided to replace its silver-backed currency with a gold-backed one. They needed a refinery to effect this change, so they chose the old Frankfurt mint. In 1873, it was renamed the Deutsche Gold und Silber Scheideanstalt and that was shortened to Degussa in the 1920s.

The business did very well, but it gradually developed into a chemical company and in the 1990s, when gold hit historic lows, the decision was taken to sell off the precious metals division. In 2005, the rest of the group was renamed Evonik.

The Degussa name then lay dormant until 2010, when it was acquired by the von Finck family, one of the wealthiest families in Germany.

We started with nothing in November 2011 and by 2016, we were the largest gold retailer in Europe by a long way and one of the top five in the world

The family had developed an understanding of gold over the years and appreciated its qualities as an asset class. When the opportunity arose to acquire the Degussa brand, they saw a chance to revive the name and establish a world-class gold trading company.

At that time, I had worked in the precious metals market for almost 25 years. The von Finck family asked me to become CEO of the business and build a company under the Degussa brand. I thought this was a great opportunity.

3
Degussa’s stores are quite distinctive. Why was their format chosen? 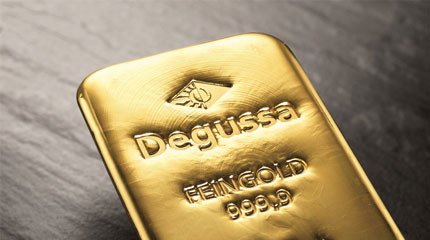 Germany has a long history of investing in gold and in the past, bank customers could buy it almost as easily as buying a bar of chocolate. It’s not like that anymore, particularly as most banks do not keep gold in their branches. We thought it made sense to fill that gap and go back to offering customers a rather traditional, high-quality, service-oriented experience. For more than a century, the von Finck family owned one of the largest private banks in Germany, so we were clearly influenced by that typical private bank style for our stores, with dark wood, brass fittings and an atmosphere of luxury and elegance.

We wanted to make customers feel comfortable and our strategy was proven right. We started with nothing in November 2011 and by 2016, we were the largest gold retailer in Europe by a long way and one of the top five in the world.

4
How many Degussa stores are there today?

We have 12 stores in Germany and four outside: in Geneva, Zurich, Madrid and London. When we started in Germany, we focused on the largest cities – those with at least 500,000 people. But we have now opened in smaller cities, such as Hanover and Nuremberg, and our latest branch opened this year in Augsburg, which has a population of less than 300,000. We look for cities where there is a wealthy middle-class and low unemployment. In addition to that store-based business, around 25% of our sales today are made online.

Germany has a long history of investing in gold and in the past, bank customers could buy gold almost as easily as buying a bar of chocolate.

5
To what do you attribute Degussa’s success? 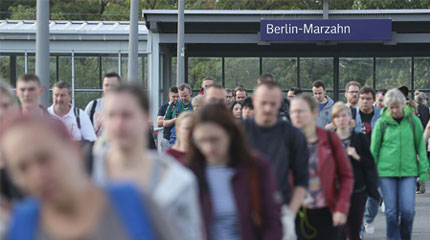 Our brand is very important. Of course, we were helped by the fact that Degussa used to be a very large company, but we really are a household name today. When people go into a bank, for instance, they will often say that they want a Degussa bar, rather than a gold bar.

Trust is another crucial element of our success. When people buy online, for example, they will often have to pay for delivery in advance. Some people might spend only €20, on say a silver coin, but wealthy families can spend several million euros online and they need to have complete trust in us. Being owned by the von Finck family is a clear advantage in this respect.

And the range and availability of products in our stores makes a real difference, too. People know they can come in, buy gold and walk out with it, even fairly large quantities, like a couple of kilograms. And we have more than 1,500 products to choose from, not just bars and coins but also jewellery, watches, pens and such like. In total we sold 42.5 tonnes of physical gold last year. And we buy back large quantities of gold as well, either investment gold or scrap gold, such as old jewellery, and customers appreciate that.

6
Is the business sustainable even as the Eurozone economy recovers?

I believe it is. First, people in Germany are quite mistrustful of the economic recovery. They know it is fuelled by very low interest rates and that national debt levels are very high.

I believe people in Germany are quite mistrustful of the economic recovery.

Second, the financial crisis was more than nine years ago and the euro crisis was five years ago, and interest in gold has persisted and grown since then.

And third, we can see that people are keen to buy gold if the price is right. When the price rises, demand falls off, but whenever the price drops, even by 3-5%, people are literally queuing up to buy gold in our stores. That suggests there is potential for significantly more sales.

In fact, you can say that the strong economy is fuelling interest in gold because savings are growing and people want to diversify their investment portfolios. We suggest that an allocation of 10-15% is sensible and, as savings are increasing each year, the absolute amount of allocations into gold is rising too.

Whenever the price drops, even by 3-5%, people are literally queuing up to buy gold in our stores. That suggests there is potential for significantly more sales.

7
What is your ambition for Degussa over the next five to ten years?

We are already number one in Germany, so we definitely want to retain that position and increase our market share. We have already expanded our product range significantly over the past five years and we continue to do so. We recently introduced a gold savings plan, for instance, and that has proved hugely popular.

And we are moving into adjacent areas of the gold market. We bought a small refinery in Pforzheim, a city known for its jewellery and watch-making expertise, and we would like to grow that business over the next few years.

And we are keen to expand beyond Germany. We are looking at German-speaking Switzerland and possibly Luxembourg, and we constantly consider markets where we have no presence, such as Italy, parts of Eastern Europe and the Middle East.