German investors are among the most enthusiastic purchasers of gold in the world. Adrian Ash and Steffen Grosshauser of leading online gold platform BullionVault look at where demand is coming from and how German investors compare with those from other nations. 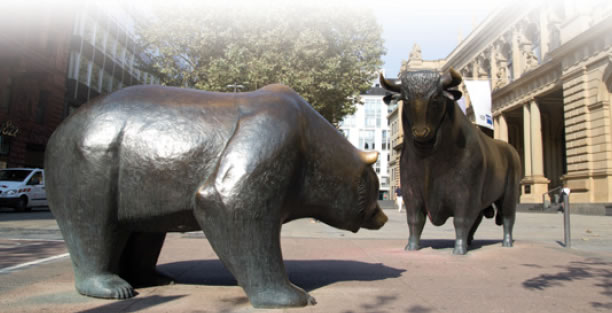 Why can’t more people behave like the Germans? It’s not just foreign football coaches who are asking this question today. Gold dealers and retailers around the world want to know what it would take to replicate Germany’s soaring demand for gold.

Over the past 20 years, Germany’s total demand by weight has jumped from 12th to 4th place in the World Gold Council’s league table of gold-consuming nations. Per head of the population, it recorded average gold demand of 1.5 grams last year – the only G20 economy apart from Saudi Arabia acquiring more than a gram per person and ahead of everywhere else except the much smaller stalwarts of Hong Kong, Singapore, the UAE and Kuwait.

Germany’s gold buyers thus combine an Asian or Middle Eastern appetite with very Western purchasing power. They are also unique in their preference for bars and coins rather than jewellery, with these accounting for 91% of their purchases since 2010, far ahead of nearest rivals Japan, Thailand and Vietnam.

What might explain this golden economic miracle? While we cannot reduce German investors’ motives to a single cause, we can compare their behaviour with those in other leading markets. Germany has overtaken France and Italy this decade to become BullionVault’s third-largest market, ranked behind only the US and our home market of the UK. Looking past national stereotypes, what differences can we see in the German way of thinking and doing things?

Demographics: Like all other nationalities, German users of BullionVault tend to be middle-aged men. The proportion of female users is in line with the global average at 14%, but joint accounts are less common, at only 15% against 22% for the rest of the world. First-time users are typically in their late 40s or early 50s – the peak age for household income and savings – and people aged 40-49 form the largest single cohort by decade of first-time users, the same as in France and Italy. In the UK and US, by contrast, it is 30-39. German users also show a consistent average age at first use, with a median age of 47 recorded in each of the past eight years.

Readiness: After first registering their interest on BullionVault, residents of Germany are 86% more likely than all other users to go on and fund their account, transferring money from their bank ready to buy. Austrians come close, but only the Dutch have proved more likely to convert, although both nations are much smaller than Germany. Anecdotally, German users who call or email to discuss a purchase say they researched their choices in full before deciding to register. They rarely enquire about pricing or costs, but ask instead about security of data, vaulted metal and legal title.

Commitment: The median cash deposit from German users is 22% larger than the global average in euro terms. They also transfer money into their accounts more often, averaging 1.3 deposits in every year that they are a customer, against 1.1 by users in France, 1.0 in the UK and Italy, and 0.7 in the US. More consistent still is the size of German users’ cash transfers so far this decade. In the lowest years of 2013 and 2014, their median deposit was still 77% of the median deposit in the peak year of 2010, when the Greek debt crisis first threatened to break up the Eurozone. That compares with a low-to-peak median year in the period 2010-17 of 37% for the UK, 40% for both France and Italy, and 64% for the US.

German BullionVault users have on average been 55.1% more likely to buy gold than non-German users since 2012.

Trading activity: Gold investors worldwide have typically become more responsive to price action since the bull market peaked in 2011-12, increasing their purchases as a group when prices drop and tempering demand when prices rise. But this behaviour is much less marked among German investors, as our Gold Investor Index shows. Each month, this tool measures the number of net buyers versus net sellers as a proportion of all existing owners on BullionVault. Index readings for German investors alone have been consistently higher since 2010 than for the rest of the world, and higher almost without interruption over the past five years (see chart 1). That is because German users have consistently shown a greater propensity to buy, regardless of price action.

In any given month, German BullionVault users have on average been 55.1% more likely to buy gold than non-German users since 2012. Conversely, the likelihood of an existing German gold owner reducing their holdings has been 13.2% lower than the global average. Over the 12 months to November 2017, this relative insensitivity to price has seen the German-only Gold Investor Index move inversely to the monthly direction of euro prices only eight times. For users across the rest of the world, the index has moved opposite to US dollar prices 10 times.

German customers also choose to accept the global daily benchmark price more often than investors in BullionVault’s other top markets. Using our site, they can either transact at the next 3pm LBMA price, or bid or offer in open competition on our live peer-to-peer Order Board. Over 9.2% of all German customers have at some point used that first method, against 6% from the UK, 5.8% from the US and Italy, and 7.8% from France. While that variance may seem small, dealing commission runs a little dearer for the Daily Price (0.8% against 0.5% using the Order Board, to cover foreign exchange costs). So at the margin, some German investors are willing to sacrifice cost savings for the certainty of securing the globally-recognized market-wide price.

The median gold holding among BullionVault’s German users stands at some 11.7 troy ounces and accounts for 10-20% of their net investable assets.

Size and location: The median gold holding among BullionVault’s German users stands at 0.364 kilograms (some 11.7 troy ounces). Worth around €12,750 at current prices, that accounts for around 10-20% of the typical user’s net investable assets, according to conversations with clients. That is very much in the middle of national ranges worldwide. While that echoes the broadening of interest beyond wealthier investors, as reported by more traditional German gold retailers, BullionVault’s German client base does show comparatively fewer users from the former GDR states than a direct mapping of population would create. Again, as with age and gender, this pattern matches our experience of other nationalities, with our UK client base skewed towards London and the South-East, US users concentrated on the coasts, and a heavy weighting in Italy towards the wealthier northern regions.

In short, German gold investors share a number of characteristics with those from other parts of the world. However, their approach to purchasing would appear to be as disciplined and efficient as the national football team. Hard work precedes the first move, which is then made with confidence and commitment. Price and costs matter, but not enough to detract from the longer-term aim of steady and frequent accumulation.

The Gold Investor Index provides a unique window onto private-investor activity in physical bullion. It tracks transaction data from BullionVault’s 69,000 users, who now own US$1.9bn of gold, silver and platinum in specialist vaults between them. A reading above 50.0 on the Gold Investor Index indicates more buyers than sellers across the month, and suggests that self-directed private investors are on aggregate bullish towards the metal. The global index hit a series peak of 71.7 in September 2011 and bottomed at 50.5 at the start of 2015. This chart shows the Gold Investor Index for investors living in Germany against a separate series for all non-German users.