Pro Aurum is the largest online business in the German-speaking gold market, with a strong retail franchise and a number of strategic partnerships among banks, investment advisers and other precious metal traders. Chief Executive Robert Hartmann explains the background to the business and its ambitions for the future. 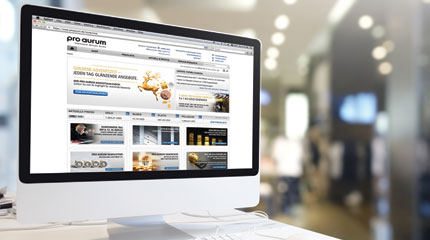 The German gold market has a long and rich history, with a tradition of purchasing gold as an investment and a recognition of its merits as an asset class. Banks dominated this market for years, but by the turn of the century, their interest was beginning to wane. Gold had fallen from a high of around US$850 an ounce in the 1980s to less than US$300 by 2001. Retail investors were focusing their attention on equities and demand for gold was minimal.

For Robert Hartmann and Mirko Schmidt, this represented a potential opportunity.

“We were working on a banking precious metals desk at the time and it was clear that many banks were thinking of pulling out of the market because there was so little interest from investors. We thought it could be a good time to set up on our own. After all, gold has been around for thousands of years, so we thought it was way too early to consign it to history,” says Hartmann.

In 2003, Hartmann and Schmidt set up Pro Aurum as a trading hub for retail investors. The decision proved prescient.

“In the early days, we had an interesting situation. Banks were withdrawing from the gold market, they had lost a lot of know-how and they just wanted to sell their gold.

We had private and retail customers who wanted to buy and, because of our background, we had good relationships with the banks who were selling, so it was a perfect twoway market,” says Hartmann.

In 2005 however, German law was changed, allowing gold to be bought and sold online. Pro Aurum seized the opportunity. A pioneer in the online gold market, the company experienced rapid growth as consumers responded to this new distribution channel.

“Buying gold from the banks was always quite a cumbersome process,” Hartmann says. “There was lots of paperwork, the banks closed at 3.30pm and it could take two weeks for a trade to complete. Online trading is very different. It is fast, simple and you can do it when you want, not just when the banks are open.”

Online trading is very different. It is fast, simple and you can do it when you want, not just when the banks are open.

“There were times when demand was such that it was really hard to find enough gold to sell. We had to buy kilobars and Krugerrands from Hong Kong and fly them over to Germany,” says Hartmann.

By 2010, Pro Aurum was selling more than 40 tonnes of gold annually to retail investors. Demand has tailed off slightly since then, but even last year, sales amounted to 38 tonnes.

Bond yields are negative, equities are at record highs and real estate is expensive, particularly in the major cities. As a result, people don’t know what to do with their money and gold is a good insurance policy. 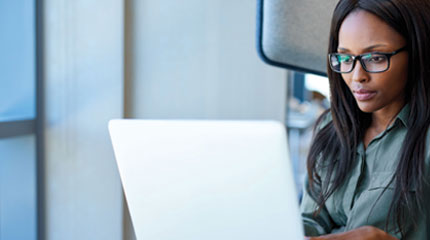 “During and after the financial crisis, people bought gold out of fear,” Hartmann says. “Today, they are less frightened, but the political situation remains uncertain and, perhaps even more importantly, bond yields are negative, equities are at record highs and real estate is expensive, particularly in the major cities. As a result, people don’t know what to do with their money and gold is a good insurance policy. We recommend an allocation of around 15% to gold.”

Shifting perceptions of gold have prompted a change of attitude within the banking community. Where once banks simply wanted to close down their gold operations, they are now keen to participate in the market, albeit in a different way.

“In the 1980s, there was a bit of a gold rush in Germany, but when it tailed off in the 1990s, the banks were buying back hundreds of kilos from their customers every day because nobody wanted to own gold. A lot of it ended up being melted down. Today, the situation is very different, but most banks are still not that keen on owning physical inventory,” Hartmann explains.

“As a result, we have developed partnerships with banks and other financial services groups. In some cases, they receive an order and we supply them with the bars and coins they need. In other cases, they use a business-to-business platform that we have developed, so in effect, they outsourced their gold business to us.”

Partnerships are wide-ranging, often encompassing customer advice as well as marketing and promotion. Hartmann says: “We help with press releases, keynote speakers, presentations and such like. In effect, when a bank wants customers to invest in gold products, we help them with all their marketing collateral.”

“Consorsbank customers can buy and sell bars and coins as part of the bank’s digital trading platform. We are the market makers for Consorsbank. We provide quotes within a certain time-frame and the facility is designed to be very easy to use, much like buying and selling equities. It has been a very successful co-operation and we would like to replicate this with other banks over time,” says Hartmann.

German investors have bought around 1,500 tonnes of gold over the past 12 years, but only about 8% of Germans have significant investments in gold, so there is still plenty of potential for growth.

When Pro Aurum was founded, it was a lone voice in its field. Today, there are around 200 online platforms, so competition is fierce. However, Hartmann remains optimistic. He says: “There may well be some consolidation within the industry, but most of our competitors are involved only in selling gold. We provide a two-way market and we are a diversified business, providing storage facilities, safe deposits and working with a range of financial services firms.”

Hartmann also expects to benefit from German consumers’ renewed interest in gold. He says: “German investors have bought around 1,500 tonnes of gold over the past 12 years, but only about 8% of Germans have significant investments in gold, so there is still plenty of potential for growth in this market.”