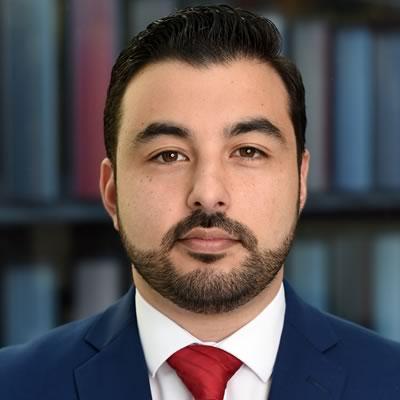 Krishan joined the World Gold Council in early 2011, and works within the Research team. He has previously held positions at Barclays Global Investors, Royal Bank of Canada and Bank of New York Mellon, focusing on investment and market data analysis for both asset management and servicing.

Krishan has a Bachelor’s degree (with honours) in Economics from the University of Essex, and a Masters in Finance from the London School of Economics.

Global official gold reserves fell by 21.5t in November according to data released by the IMF. A sizable sale from Uzbekistan tipped the balance in what would have otherwise been a flat month.

Today we’ve published our closely-watched central bank statistics, updated through October 2021. And the latest data shows that central banks bought 2t of gold in October, as decent buying was counteracted by sales from a handful of banks. This is the lowest monthly total in 2021 since January’s 13t net sale.

Central banks bought 28.4t of gold in August, 9% less than in July. Leaving aside January’s 11.2t net sale, this is the lowest level of monthly net purchases so far this year.

In the recently published 2021 Alternative Assets in Europe report, one thing is clear: alternative assets are en vogue amongst European investors.

Today we’ve published our latest central bank statistics which now includes data for July. Central banks added a net 30.1 tonnes (t) to global official gold reserves during the month, virtually in line (+0.3%) with net purchases in June. This continues the healthy level of interest in gold we have seen from central banks so far this year.

Podcast: chatting with Dig Deep on all things gold

Listen to the latest episode of 'Dig Deep - The Mining Podcast', out this week on the latest trends in gold demand.

On Twitter: central banks bought a net 32t of gold in June

Based on available data, central banks bought a net 32t of gold in June 2021. While Brazil was by far the bigger buyer in the month, several other central banks were active.

Changing ECB strategy could be supportive for European gold investment

In a move which brings it closer in line with the US approach, the European Central Bank (ECB) has decided to adopt the tolerance for inflation overshooting its target. What does this mean for European investors, who have been watching the wrangling within the ECB over the direction of monetary policy for months now?

Following a higher level of monthly net purchases in March and April, our latest data published today shows that this trend continued into May.

How is central bank demand faring against our expectations?

We have written before about how, after a more inconsistent picture for central bank demand in the second half of 2020, our expectation was for continued net purchases in 2021 but at a more moderate pace than in previous record-setting years. So, how is that expectation holding up?

I recently had the pleasure of joining Rob Tyson for an episode of 'Dig Deep - The Mining Podcast' for a discussion on our latest Gold Demand Trends report. Listen now!

This article for Pensions Age reviews the key findings from a recent World Gold Council/Pensions Age poll and highlights why gold might provide an answer.

Gold can benefit from heightened level of savings

While risk and uncertainty may be lower, the potential impact on gold is a little more nuanced than some investors might realise. So, how might this increased stock of savings impact gold then? Well, for this we can look to gold’s dual nature, both as an investment and a consumer good...

Our monthly central bank statistics have been updated today, to include initial February data reported by the IMF and respective central banks. Collectively, central banks tipped back into net purchases during the month.