This compares with a relatively weak Q1 2018, when demand sank to a three-year low of just 984.2t. Central bank buying continued apace: global gold reserves grew by 145.5t. Gold-backed ETFs also saw growth: quarterly inflows into those products grew by 49% to 40.3t. Total bar and coin investment weakened a fraction to 257.8t (-1%), due to a fall in demand for gold bars; official gold coin buying grew 12% to 56.1t. Jewellery demand was a touch stronger y-o-y at 530.3t, chiefly due to improvement in India’s market. The volume of gold used in technology dipped to a two-year low of 79.3t, hit by slower economic growth. The supply of gold in Q1 was virtually unchanged, just 3t lower y-o-y at 1,150t.

Diversification, safety and liquidity remained top priorities for central banks across the globe. For many, gold was the asset to best meet these needs.

US- and European-listed funds grew by a combined 46t, slightly offset by small outflows in other regions.

A sharp drop in the gold price in March coincided with the traditional marriage season to boost wedding‑related demand. Indian consumer bought 125t of gold jewellery
in Q1. 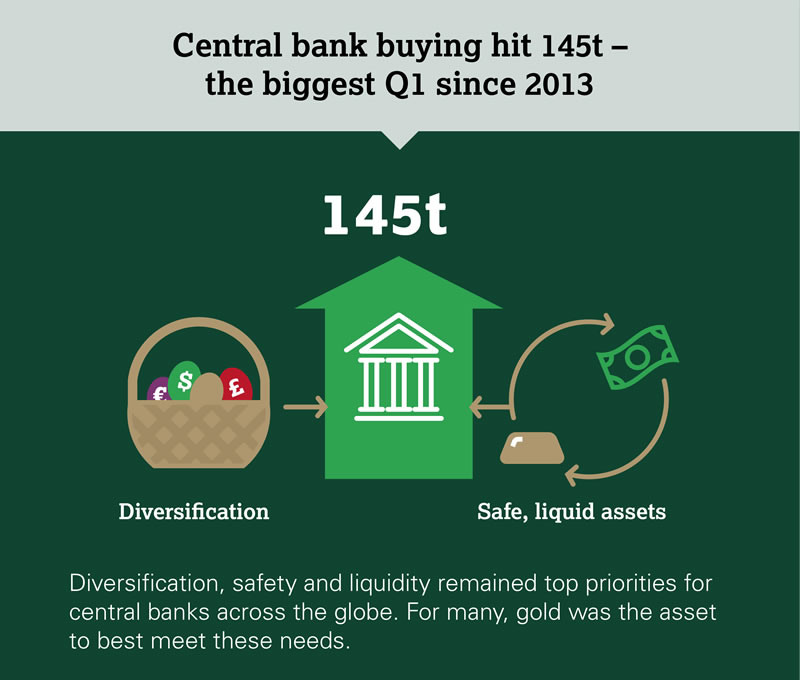 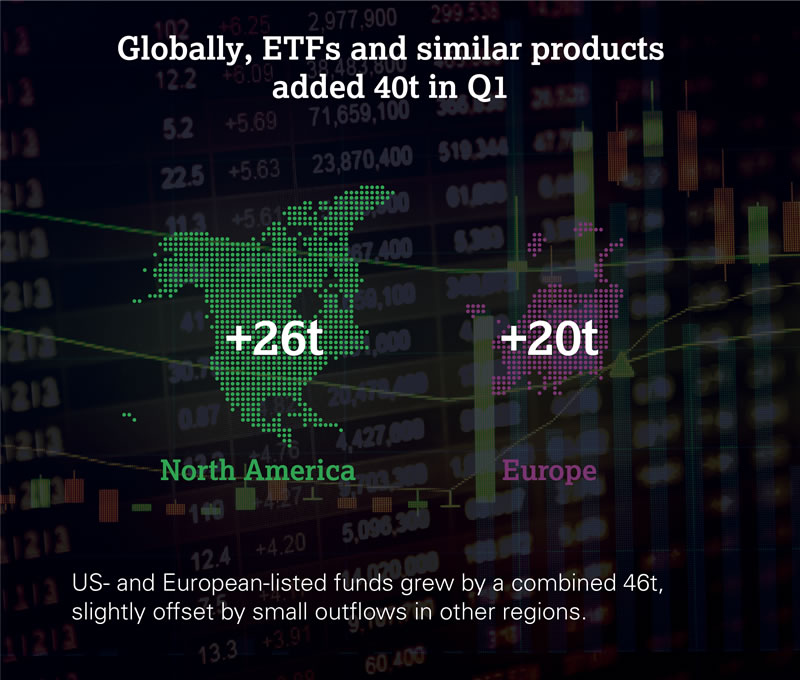 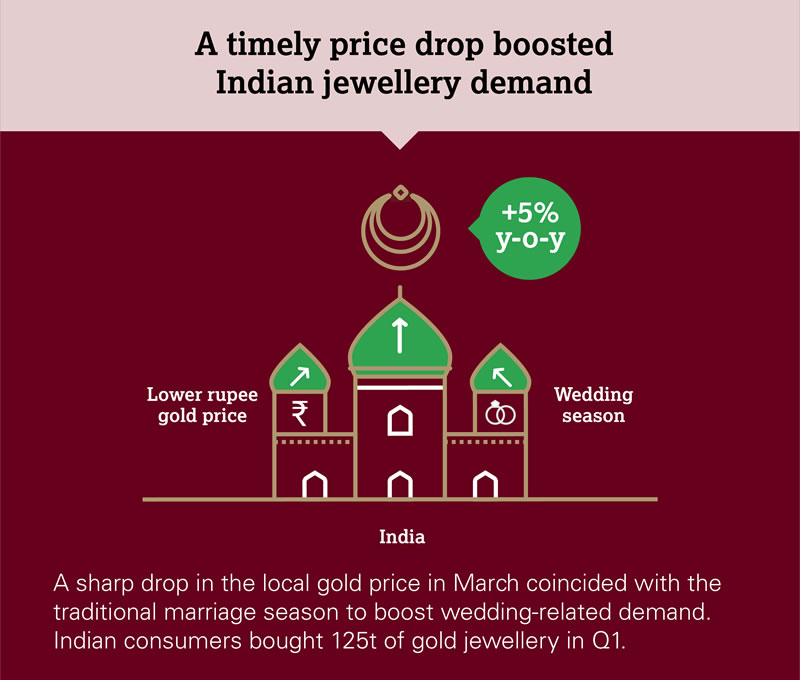 Central banks bought 145.5t of gold, the largest Q1 increase in global reserves since 2013. Diversification and a desire for safe, liquid assets were the main drivers of buying here. On a rolling four-quarter basis, gold buying reached a record high for our data series of 715.7t.

ETFs and similar products added 40.3t in Q1. Funds listed in the US and Europe benefitted from inflows, although the former were relatively erratic, while the latter were underpinned by continued geopolitical instability.

Bar and coin investment softened a touch – 1% down to 257.8t. China and Japan were the main contributors to the decline. Japan saw net disinvestment, driven by profit-taking as the local price surged in February.

All third-party content is the intellectual property of the respective third party and all rights are reserved to such party. World Gold Council does not guarantee the accuracy or completeness of any information and does not accept responsibility for any losses or damages arising directly or indirectly from the use of this information.

Reproduction or redistribution of any of this information is expressly prohibited without the prior written consent of World Gold Council or the appropriate intellectual property owners.

The World Gold Council and its affiliates are affiliated with Metals Focus and SafeGold.

Mandatory hallmarking: a step towards improving trust among Indian consumers