China’s jewellery market is recovering following several difficult years. Significant improvements have already been made but more could be done to meet the needs of China’s modern consumers. Gerry Chen, Director of Trade Engagement in China for the World Gold Council, puts forward proposals for progress.

China’s jewellery market is the largest in the world, accounting for 30% of global demand. But it is a market in flux. Traditionally, Chinese consumers purchased gold jewellery purely for its gold content. Today, there is a growing focus on adornment, as younger consumers in particular look to gold jewellery as a means of expressing their identity, gaining social recognition and embracing change.

Jewellery demand grew in 2017 for the first time since 2013 and growth should continue, provided the industry continues to innovate and adapt to changing consumer tastes.

Shifting tastes have had a notable effect on the market. Following rapid economic growth and rising wealth, demand reached its peak in 2013. But the market tailed off in subsequent years, leaving the sector with too many stores, excess capacity and fierce price competition.

A painful period of reinvention followed, as jewellers focused on boosting their appeal to younger consumers through a more diverse product mix and a deeper digital presence. These efforts have delivered encouraging results. Jewellery demand grew in 2017 for the first time since 2013 (Chart 1) and growth should continue, provided the industry continues to innovate and adapt to changing consumer tastes.

First, consumer preferences differ from one region to another. Competition is particularly fierce in Tier 1 cities, where diamond and platinum jewellery is almost as popular as gold products. In lower-tier cities, by contrast, consumers tend to buy high carat, heavy gold jewellery for wealth preservation purposes (Figure 1).

Figure 1: Percentage of women who, if given RMB5,000 would choose a specific jewellery product 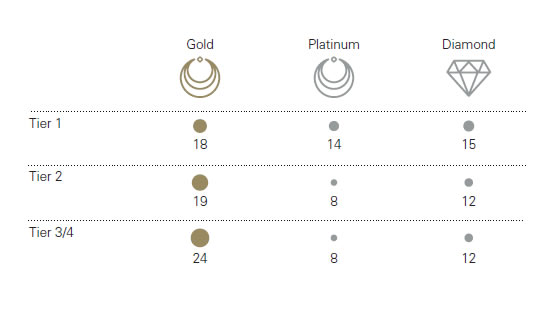 Second, preferences vary from one generation to another. Millennials, for example, are far more likely to spend their disposable income on technology or fashion than gold jewellery. Among older consumers, however, gold is still preferable (Figure 2).

Figure 2: Percentage of respondents by age and products selected for purchase if given RMB5,000 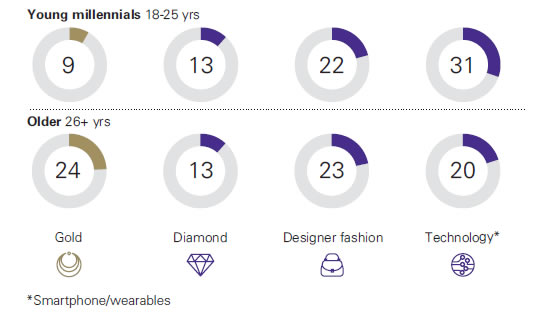 These issues matter. Tier 1 cities and millennials are changing the shape of consumerism in China and trends that start among these consumer groups eventually filter through to the rest of the country.

While this has challenged the gold jewellers, it also represents an opportunity. According to UnionPay, one of China’s largest financial services companies, consumers in Tier 1 cities contribute around 40% of total national spending, while spending by millennials is increasing at twice the rate of spending by older consumers. The younger generation – born after 1990 – also perform more than half of their spending online, compared with one-third for those born between 1970 and 1989.

Clearly then, China’s gold jewellery market needs to engage with urban dwellers and younger people if it is to continue to flourish. Fortunately, that change is starting to take shape.

Consumers in Tier 1 cities contribute around 40% of total national spending, while spending by millennials is increasing at twice the rate of spending by older consumers.

Historically, the market in China was dominated by 24ct gold jewellery, which resonates well with older, more traditional consumers. It is less appealing to young, urban dwellers, however, so jewellers introduced 18ct gold, also known as K-gold. More recently, the industry has developed 22ct gold as well. Both 18ct and 22ct gold jewellery are considered more fashionable and affordable than 24ct gold. And they offer better profit margins for retailers.

Jewellers have also uncovered ways to offer intricately designed pieces that meet lower budgets, such as 3D hard gold, which is four times harder than 24ct gold and uses only a third of the gold that traditional jewellery uses. Some forward-thinking businesses are also using well-loved brands to attract millennials, such as the Disney Tsum Tsum collection from leading retailer Chow Tai Fook. 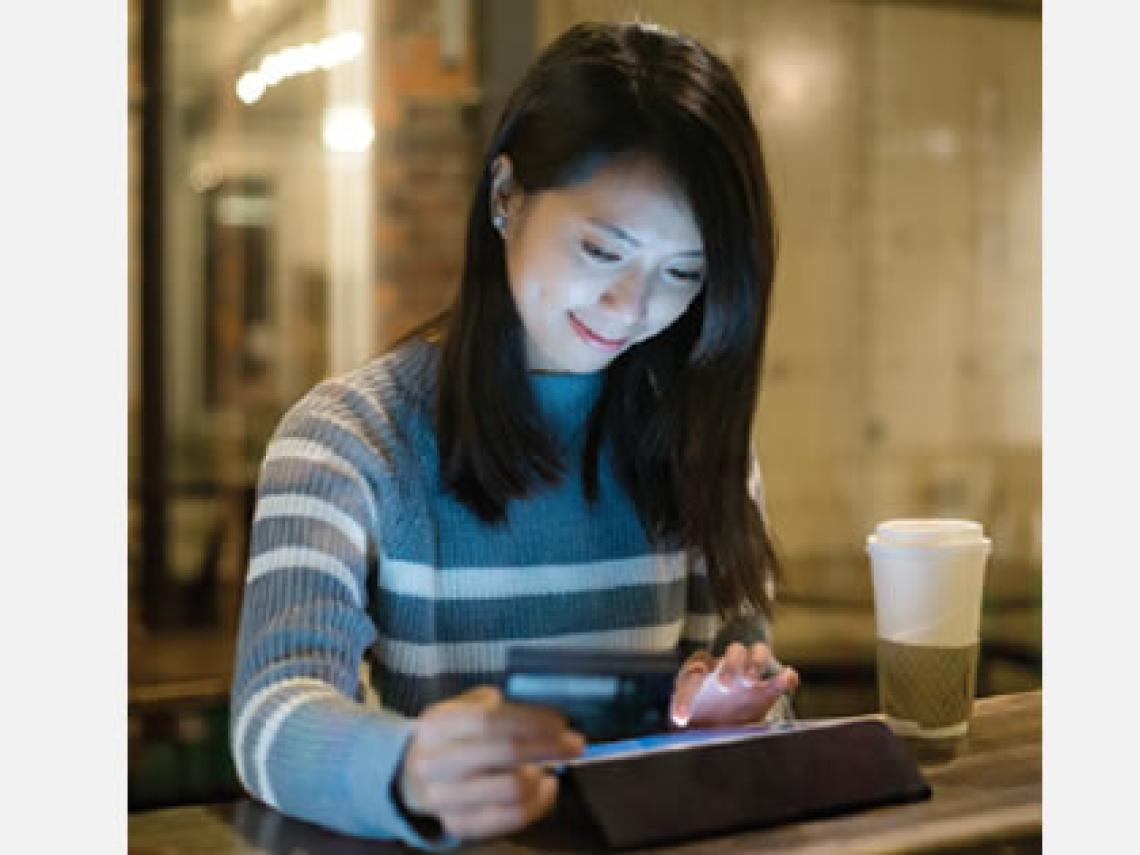 The jewellery industry has improved the interplay between customers’ online and offline experiences too. World Gold Council research shows that, although around one-third of gold purchasers begin their journey online, only 4% go on to complete their purchase online.

Consumers are concerned about the security of online purchases and are keen to touch gold jewellery before buying it.

Bricks-and-mortar retailers offer other services too such as free cleaning, maintenance and buy-back schemes. In the short to medium term, therefore, online shops are unlikely to take more than a small share of the market.

Jewellers are making more effort to cater to online shoppers too, with more affordable lightweight pieces and K-gold jewellery that appeal to younger, digitally savvy consumers.

Importantly too, the trail of clicks left by online shoppers can help jewellers to understand customers better, faster and more cost-effectively. Clicks on banner advertisements or items saved in ‘wish lists’, for example, can provide insights that benefit both digital and physical stores.

One-third of gold purchasers begin their journey online but only 4% go on to complete their purchase online.

Looking ahead, we believe there are three areas of focus, which can help the industry to drive sales.

First, jewellers need to build brands that emotionally connect with consumers. Currently, the industry is dominated by one-size-fits-all megastores, with little differentiation between brands. This may work for traditional gold jewellery buyers but it is less effective with millennials, who want jewellery that reflects their unique style and highlights their success.

Second, retailers need to build trust by being open and transparent with customers. Some retailers sell lower carat gold jewellery plated with 24ct gold, without clearly communicating exact product specifications. Consumers can find this at best, confusing; at worst, misleading.

There should be an increased focus on ethical production too, as a growing number of consumers are concerned about environmental and social issues. The treatment of 24ct gold jewellery requires a pollutive chemical process so the industry could potentially attract more interest by developing gold jewellery with an ethical stamp.

Third, the market could consider ways of creating more ‘buying occasions.’ Purchases of 24ct gold jewellery centre on the Lunar New Year, weddings and births. The introduction of K-gold and 3D hard gold has attracted younger customers, but these products could also be used to increase shopping frequency among more traditional customers.

Better use of online platforms and social media will help too, with a focus on speed and convenience. Online buyers should also be granted the same benefits as offline customers. These two groups are often treated as independent but this creates additional communication costs and misses opportunities to glean valuable data.

Overall, considerable progress has been made over the past few years and these efforts are already yielding results, particularly among the more pioneering retailers. Looking ahead, there is significant potential to drive further growth, leveraging China’s continued economic expansion and increasing disposable income.