The vital role of gold in technology

The vital role of gold in technology

The technology sector has experienced exponential growth in recent years and is expected to continue expanding over the next decade and beyond. Gold has an invaluable role to play in the industry, as World Gold Council consultant Trevor Keel explains.

It may often go unnoticed, but gold is firmly embedded in everyday life. From smartphones to medical diagnostics, people rely on it day in, day out.

In recent years, however, the volume of gold used in technology has fallen, primarily because of falling demand in the electronics sector.

Now, that might be changing. In 2017, the amount of gold used in technology rose by 3% to 332.8 tonnes, the first year-on-year increase since 2010. The last quarter was particularly strong, with demand rising to 88.2 tonnes, the highest for three years.

And, even though the electronics sector has been largely responsible for recent attempts to find alternatives to gold, it is also the driving force behind the small yet significant recovery in demand for gold.

Electronic technologies and devices already touch practically every aspect of our lives. But this trend is likely to become even more pervasive over the coming years. At the same time, an ever-larger pool of people will have the education, infrastructure and financial means to access and utilise the latest electronic advances.

Examples of these will be found in practically every sector of the economy, including automotive, communication and consumer electronics. 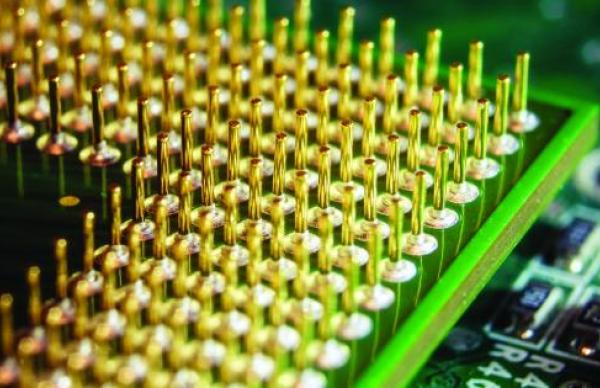 Critically, these will all require better and more diverse functionalities, which will, in turn, demand innovative sensors and chips. Gold remains the material of choice for a variety of applications across the technology space, and we believe this is set to continue. In our first technology article, Elvis Chou of Metals Focus provides insight on the future of gold in electronics, looking specifically at the gold bonding wire market which has seen much change in recent years.

While the electronics sector is the dominant source of demand for gold in technical applications, its unique properties make it the metal of choice in many other industries too. Smaller quantities may be used but their potential impact is considerable.

Cleantech exemplifies this theme, as scientists identify an increasing number of uses for gold, particularly in nanoparticulate form. Improved solar and fuel cell efficiencies have been reported when small quantities of gold are added to formulations, while efficient and sustainable gold catalysts are increasingly common in industrial laboratories around the world.

In our second article on technology, we explore this area, as Sebastiaan van Haandel from Johnson Matthey explains how the group has developed a new gold-based catalyst for the huge Chinese polyvinyl chloride (PVC) manufacturing market. PVC is made using vinyl chloride monomer (VCM) and, in China, this is most commonly synthesised with a mercury-based catalyst. This represents one of the largest single uses of mercury in the world and pressure is growing to find alternatives, amid persistent concerns about the impact of ‘quicksilver’ on both the environment and human health. Johnson Matthey’s new gold catalyst provides an opportunity for VCM producers to replace a highly toxic material in their process with a clean, efficient and cost- effective alternative.

Electronic technologies and devices already touch practically every aspect of our lives. But this trend is likely to become even more pervasive over the coming years.

Chart 3: Volume of gold used in technology increased for the first time in seven years

Gold is an influential force in healthcare and medicine too. The metal has been linked with health for millennia, but in recent years, a host of new diagnostic tools and treatments have been approved by regulatory authorities worldwide. Auranofin, a gold-based drug initially approved as a treatment for rheumatoid arthritis in the mid-1980s, is experiencing renewed interest, with clinical trials currently underway to test its effectiveness against diseases ranging from ovarian cancer to dysentery.

A series of similar drug candidates using gold are being developed as antibiotics as well, designed to help address the global crisis of rising antimicrobial resistance. Finally, gold-based diagnostics remain the most commonly used technology in low-resource settings, diagnosing conditions such as malaria and HIV/AIDS. According to the World Health Organization, 312 million gold-containing tests were distributed in 2016 to aid the diagnosis of malaria, primarily in Africa and Asia.

In our third article, Darren Rowles, chief executive of biotech specialist Sona Nanotech, shares his thoughts on the future of gold nanoparticles in medicine. The volumes of gold may be minute, but the range of potential applications he describes may have a significant impact on people’s lives worldwide.

Across the technology arena, therefore, gold remains a critical industrial metal. It is at the heart of new technologies being developed today to help society tackle some of the biggest challenges that we face both now and in the future.