Sections:Where has the volatility gone?

The gold price exhibited particularly low volatility last year and prices have been stable in 2018 as well. Matthew Turner, precious metals analyst at Macquarie, suggests this may reflect fundamental changes in the market – which could be here to stay.

At first glance, 2017 seemed an eventful year – the first year of President Trump, elections in France and Germany, Brexit, tensions in North Korea, changes to Chinese leadership. But gold barely moved: price volatility was at its lowest in more than 20 years.

To give a simple example: there wasn’t a single trading day during the year when gold ended more than 2.5% higher or lower than it had ended the previous day (the ‘day-on-day’ move). This was last seen in 1996.

Daily price moves matter to traders but less so to investors. However, gold volatility in 2017 was also low on a monthly basis. For example, there was just one month in 2017 when gold moved by more than 5% (January), compared to five months in 2016 and seven in 2008. Like the daily moves, monthly volatility was last this low in 1996. Not surprisingly, gold’s 2% monthly average price move in 2017 was also the lowest since 1996, as was its average monthly trading range.

So what is going on? The most obvious explanation would simply be that for all the noise, 2017 wasn’t that exciting a year. President Trump made it through his first year largely unscathed, European politics caused fewer upsets than expected, and even when issues arose, they were largely overshadowed by the improving economy. One academic attempt to measure this – the economic policy uncertainty index (EPU) – peaked at the start of the year but fell sharply thereafter. The real increase in the EPU came in 2016 – the year of Brexit and Trump’s election – and gold volatility did rise in response.

Is it possible that gold has experienced certain changes that have reduced its volatility fundamentally?

Nevertheless, the trend in gold volatility has been mostly lower since 2008. Some might say there is a simple explanation for this – the GFC was a once in a generation risk and we are now returning to normality, but 2016 was less volatile than 2013, and 2017 saw less volatility than even any pre-GFC year after 1996. In other words, there is more to it than just a quiet year.

We see two broad explanations: shifts in the wider macro- economic and financial environment and shifts in gold’s internal fundamentals.

The first stems from the realisation that many other asset prices, including equities, have experienced falling volatility. Indeed, over the past 90 years, 1964 is the only year that S&P volatility was this low.

Various reasons have been put forward for this, many relating to central bank policy. Interest rates, inflation and growth have all been very stable. Furthermore, if investors have come to believe that central banks will respond to falling equity prices by easing monetary policy, then any dip is likely to be viewed as a buying opportunity, thus reducing price swings. Gold does not benefit from such largesse directly, but there are indirect benefits. And in general, easy money and near-zero interest rates cut the cost of holding inventory, which in turn reduces volatility.

The legacy of the GFC also matters in that market expectations of future volatility have turned out to be too high. In such a world, much as when householders overstate the likelihood of their house burning down, selling insurance has been profitable. This, coupled with the search for yield, has led to a significant increase in volatility-selling strategies, usually aggregated across multiple assets and asset classes. In certain circumstances, these can dampen both expected and actual volatility, helping to explain why volatility has not just seen a reversion to the pre-GFC mean, but overshot it.

The second explanation stems from the realisation that not all assets have experienced falling volatility. Crude oil’s price volatility, for example, fell between the GFC and 2013, but it jumped significantly between 2014 and 2016, so much so that a longer-term trend is hard to discern. As oil has been affected by the same macro trends and financial strategies as gold, this increase seems driven by fundamental shifts affecting crude, such as the change in pricing power from the Middle East to US shale producers.

Demand for gold is naturally quite elastic because it is not a necessity. But the growing importance of Asian jewellery demand has surely made it more so.

Is it possible that gold, by contrast, has experienced certain changes that have reduced its volatility fundamentally?

We know that fundamental factors do drive volatility. And we know that the gold price is typically far less volatile than that of crude oil or indeed most other commodities (Table 2). Over the past 10 years, the gold price has changed by an average of 0.8% on a daily basis, compared to aluminium’s 1%, copper’s 1.2%, oil and silver’s 1.4%, and nickel’s 1.5%. This partly reflects gold’s high traded volume compared to underlying supply and demand, particularly since the introduction of ETFs and similar products. But the nature of that underlying supply and demand is even more important. It is characterised by high elasticity and plentiful stocks, which means that any supply/demand imbalances do not require large price shifts to correct.

Might these attributes have become even more prominent in recent years? On the supply side, mine production does not seem to have become more price sensitive, although recycling may have. The biggest shift, however, has been on the demand side. Demand for gold is naturally quite elastic because it is not a necessity, unlike oil and many other commodities. But the growing importance of Asian jewellery demand has surely made it more so, cushioning gold’s investor-led sell-off in 2013 and helping to keep its narrow range since.

Looking ahead, one point would seem to stand out. Gold’s extremely low volatility in 2017 was driven by many factors, both short-term and long-term, physical and financial. That reduces the chance of a sharp reversal. Some factors are clearly coming to an end, such as low interest rates, but others, such as price-sensitive demand, remain strong. 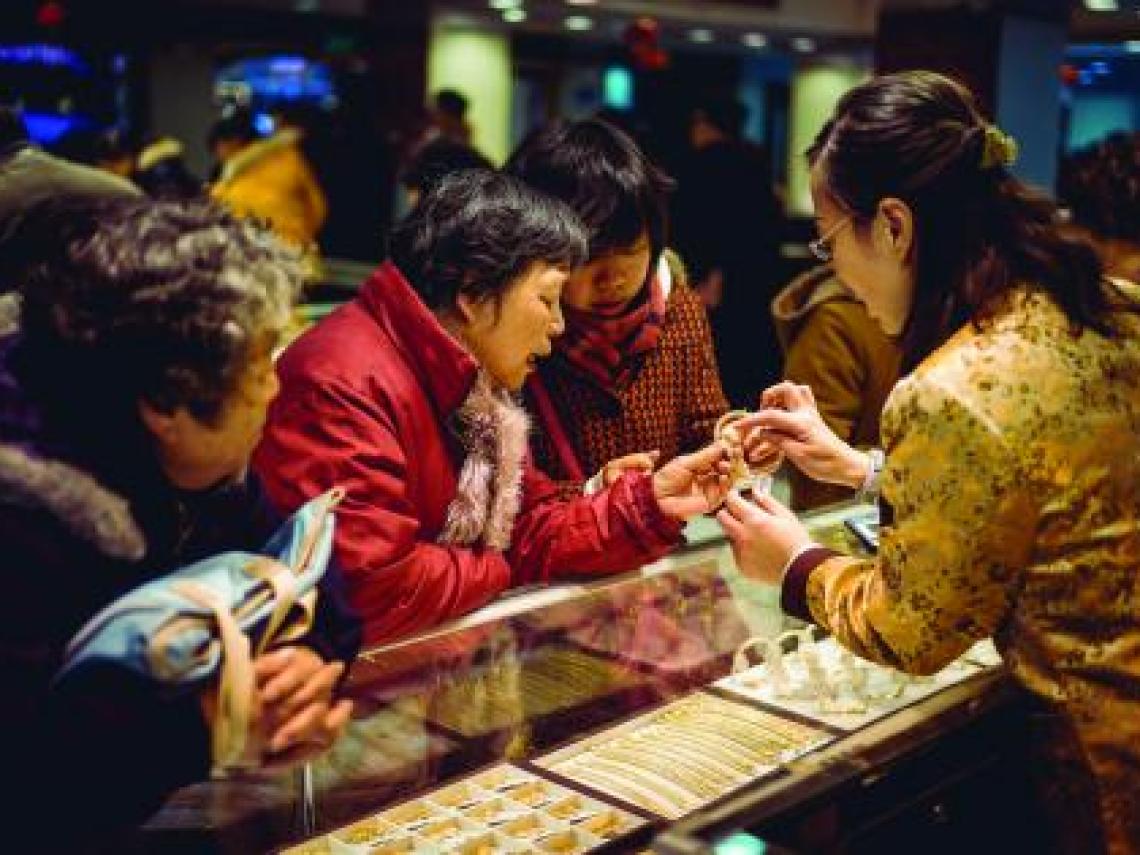 Of course, as equity investors found out in February when price volatility in the S&P 500 was its highest since 2012, past performance is no more a guarantee of future performance in volatility as it is anything else. Gold has so far remained immune to turbulent markets in 2018 – indeed on some measures, such as the trading range, it has been less volatile than at any time since the early 1970s when it was fixed to the US dollar. For many investors, that will be exactly what they want from it. But you can have too much of a good thing.