Gold and the electronics sector

Gold and the electronics sector

Gold has a unique role to play in the electronics sector and demand has been rising as the industry expands. Elvis Chou of Metals Focus assesses prospects for gold over the coming years.

Gold has played an important role in the electronics sector for decades. It does not corrode or tarnish, unlike other highly conductive metals, such as copper and silver. And it is a soft, pliable material, which can be easily drawn out into narrow wires or plated into thin coatings. These physical properties make gold the ideal material for a wide range of electronic applications.

Demand centres on two specific areas: coatings for connectors and contacts, and gold bonding wire (GBW) within semiconductor packages. But GBW has experienced significant changes and pressures in recent years, driving down demand in the first half of this decade. Now, however, the outlook seems more promising. In 2017, the electronics sector used 265 tonnes of gold, a 4% increase on 2016 and the first year-on-year percentage growth since 2010.

GBW has been widely used within the electronics sector for more than 50 years, primarily to interconnect integrated circuits (IC) or other semiconductor devices and their packages. But cost reduction efforts and technological innovation have fuelled waves of substitution away from gold and into other materials, notably copper. Meanwhile the strive for end-product miniaturisation, performance and reliability improvements, and reduced power consumption have pushed IC manufacturers towards alternatives for advanced semiconductor packaging. Several new solutions have been developed as alternatives to wire bonding, including flip-chip, wafer-level package (WLP), and through-silicon via (TSVs).

Nonetheless, wire bonding remains the most prolific interconnection technology, still accounting for around 75% of the total packaging market, according to electronics consultancy, TechSearch International. This reflects the method’s flexibility and reliability, as well as the fact it suits a wide variety of applications.

Historically, gold was the dominant material used in wire bonding. Substitution pressures, however, have seen its market share decline over the years. For example, according to the global semiconductor industry association SEMI, gold’s share of the wire bonding market dropped from 77% in 2011 to less than 35% last year (measured in length rather than weight), displaced by copper, palladium- coated-copper and silver wires. Thrifting has added further pressure to demand, as companies have tried to cut costs by using cheaper alternatives to gold.

Recently, however, there are signs that conditions are improving for gold. GBW offtake recovered last year, driving the first increase in electronics demand of this decade, and Metals Focus expects this result to be repeated again in 2018, reflecting strong markets for flash memory, automotive electronics, and various sensors.

Within the memory sector, NAND flash memory provides an effective solution, both in terms of cost and performance, for solid-state storage (non-volatile storage that does not require power to retain data). GBW is the material of choice in NAND flash packaging so the robust growth of data storage in consumer electronics and enterprise servers has translated into rising gold demand. 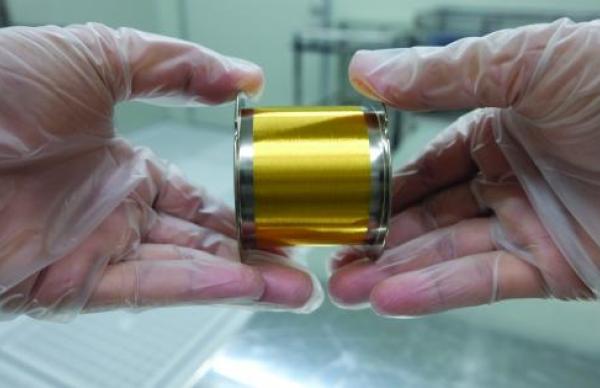 Gains in memory capacity across smartphones, laptops, PCs, cameras and Internet of Things (IoT) devices have helped as well. According to a recent survey from consultancy Counterpoint for instance, the average memory installation per smartphone exceeded 50GB last year and is expected to reach 60GB by the end of this year. While advances in technology mean that wires are becoming thinner and fewer wire connections are needed, we still expect gold offtake to increase, as demand for data storage continues to grow.

We see growing penetration of fingerprint sensors in consumer electronics, and widespread use of infrared sensors in automotive, security and surveillance, and industrial automation systems. Many of these sensors require gold.

The automotive sector is another source of demand for GBW. The industry is shifting rapidly towards electrification and autonomous driving and gold remains the preferred metal for wire bonding, as vehicle electronics have tight safety and reliability requirements, which tend to outweigh material cost considerations. Here therefore, gold demand is driven primarily by the increasing number of electronic control systems required to meet safety regulations, energy efficiency, emissions control, driving information, and driver assistance. This trend is likely to continue for several years, prompting steady growth in the average gold loading per vehicle.

There is also a surge in demand for sensors across numerous industries and applications. 3D sensors for facial recognition exemplify this trend, increasingly used in smartphones, automotive systems, media & entertainment, healthcare devices, and security & surveillance systems. Our understanding is that current capacity and planned expansions will struggle to meet market demand and the key component for these applications – vertical-cavity surface-emitting laser (VCSELs) – is likely to be in short supply until the end of 2019.

Elsewhere too, we see growing penetration of fingerprint sensors in consumer electronics, and widespread use of infrared sensors in automotive, security and surveillance, and industrial automation systems. All of these sensors require gold, so growth in this sector should also underpin gold demand for some time to come.

Three other sectors are likely to support gold demand growth in the near future too. First, commercial 5G services are expected to launch in the US, China, Japan, Korea, and Taiwan this year, spurring infrastructure development and in turn driving demand for gold-bearing components that are used in power amplification for wireless communications. Second, graphic cards for crypto-currency mining have driven tremendous demand for semiconductors and this looks likely to continue. Finally, developments in artificial intelligence require big data analysis, which should underpin further growth for the memory sector – and hence gold demand.

Ultimately, although thrifting and substitution will never stop weighing on gold, the near- to medium-term outlook for electronics demand looks bright.