Sections:Replacing mercury with gold: a catalyst for good

Mercury has had a devastating impact on thousands of lives. But it is still being used in major industries, with potentially serious consequences. Speciality chemicals and technology group Johnson Matthey is pioneering the use of gold rather than mercury in a critical industrial process. Business manager Sebastiaan van Haandel explains how and why.

The metal was at the heart of one of the worst industrial disasters the world has ever seen, a tragedy that spanned almost the entire twentieth-century.

In 1908, chemical group Chisso Corporation opened a plant in Minamata, Japan. The company was a heavy user of mercury-based catalysts and contaminated waste products were released into Minamata Bay for decades. By the middle of the century, doctors began seeing patients with disturbing symptoms, which ultimately prompted the discovery of Minamata disease, a severe central nervous system disorder caused by poisoning from mercury found in shellfish.

The Japanese government began to clean up Minamata Bay in the late 1970s but the process took 20 years, cost over US$350 million and destroyed thousands of lives. As a result of the calamitous events in that area, Japan was the first country to ban the use of mercury for any industrial application.

Mercury has been linked to several other industrial accidents too. Yet annual consumption of the metal still amounts to around 4,000 tonnes and, even though there have been significant improvements in the way it is handled, hundreds of tonnes are still released into the environment every year.

Mercury has a number of applications so its continued use is perhaps understandable. But the memory of Minamata casts a long shadow, spurring the United Nations Environment Programme to establish the Minamata Convention on Mercury in August 2017.

Signed by more than 150 countries including the US, Russia, all 27 EU states, and China, the Convention is designed to protect human health and the environment from anthropogenic emissions of mercury and mercury compounds, across a range of products, processes and industries.

One industry that is particularly affected by this convention is the polyvinyl chloride (PVC) industry. The Chinese PVC industry is effectively the world’s largest consumer of mercury, responsible for roughly a quarter of global consumption. The manufacturing process uses a catalyst containing high concentrations of mercury in the production of vinyl chloride monomer (VCM), which is the intermediate chemical to PVC. A significant proportion of the mercury on the catalyst can be lost through evaporation, either during VCM production or during reprocessing of the used catalyst. These losses can result in mercury emissions to both air and water.

Annual consumption of mercury amounts to around 4,000 tonnes and hundreds of tonnes are still released into the environment every year. 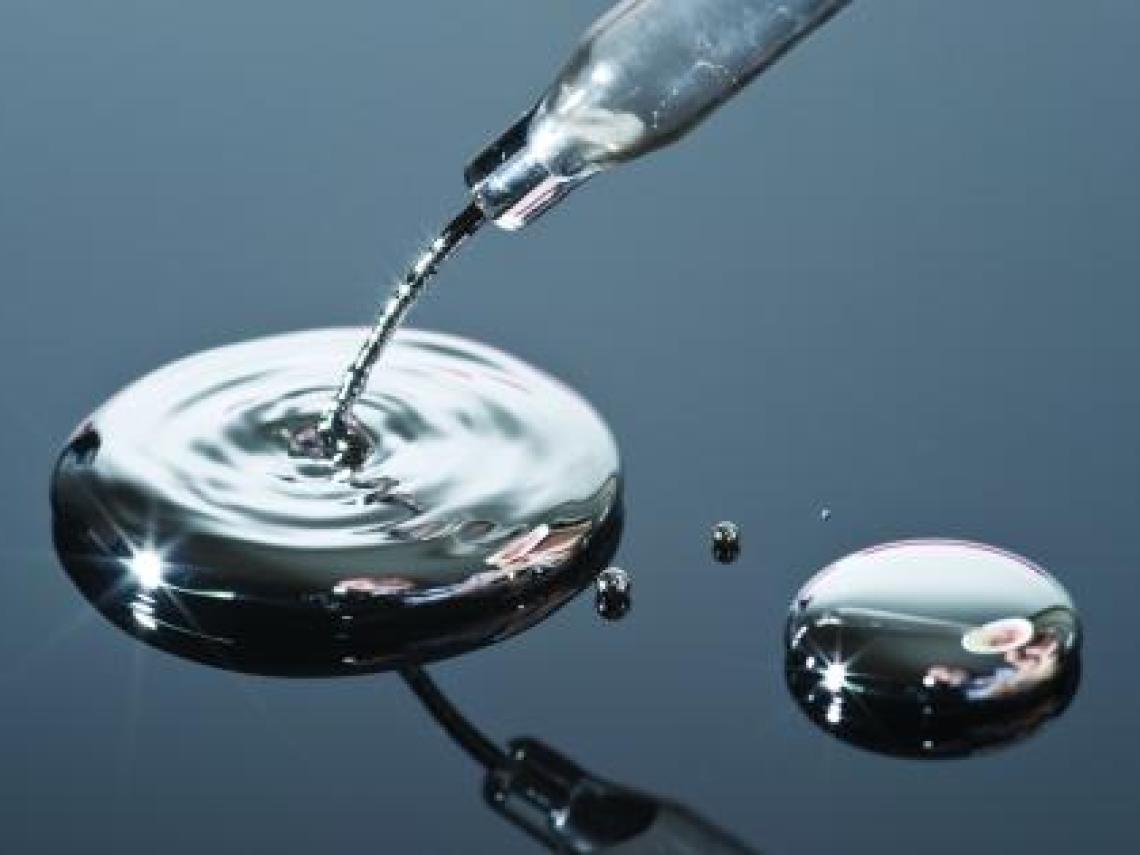 These ongoing mercury emissions are believed to cause health issues in China and elsewhere, as volatile mercury compounds can travel significant distances.The US West Coast, for example, has seen continually rising mercury levels in freshwater fish since China’s rapid industrialisation began in the 1980s.

Several companies are intent on resolving the mercury issue in the Chinese PVC industry, including Johnson Matthey. As a chemical business with a focus on sustainability, Johnson Matthey is a global leader in the production of platinum and palladium-based emission-control catalysts for the automotive industry. Here however, we use a different precious metal: gold. The catalyst is made by dispersing tiny gold particles homogeneously on active carbon particles using a proprietary manufacturing process.

Gold has been recognised as an excellent catalyst in this process, since the 1970s. But commercialisation has been held back by gold’s relatively high cost and the catalyst’s complicated chemical preparation route.

In recent years, Johnson Matthey has focused on solving this problem, from R&D work in the UK to proof of concept with Chinese producers on an industrial scale. Today, we have developed and commercialised an efficient catalyst with a reduced gold content suitable for large- scale manufacturing. Consequently, we have invested in a commercial production line at our Shanghai site.

Significant amounts of gold will be required to see full conversion from mercury to gold.

These breakthroughs make gold a technically and economically viable alternative to mercury in the production of PVC. The gold is fully recyclable too. Once it can no longer be used as a catalyst, it is sent to a gold refinery where the vast majority of the metal is recovered. This is critical for end-users: after the initial purchase of gold, only a small amount is needed for each following charge.

However, due to the sheer scale of the industry, significant quantities of gold will be required to convert all the reactors in China to mercury-free ones. In 2017, for example, there were more than 80 producers, whose annual PVC production totalled more than 17 million tonnes.

Significant amounts of gold will be required to see full conversion from mercury to gold and this could be a great opportunity for gold investors. Mercury emissions from the PVC industry should be a thing of the past – and they can be. Johnson Matthey welcomes interactions with forward-thinking institutions interested in supporting the development of sustainable solutions in China.

What is a catalyst?

The production of almost all industrial chemicals relies on catalysts, and many aspects of ‘green chemistry’ (i.e. chemical products and processes that reduce or eliminate the use or impact of hazardous substances) would not be possible without them. Simply put, they are critical to ensuring a safer, cleaner world in the twenty-first-century.

Metals make excellent catalysts because they are chemically ‘pliable.’ They can interact with the starting materials and solvents within a reaction, while being relatively stable in the face of heat and pressure. This gives them longevity, a fundamental characteristic of an efficient catalyst. Precious metals have particularly good stability at high temperatures and, critically, they can be recovered and reused.