The Asian financial crisis erupted just over 20 years ago, with profound implications for the region and beyond. Today, even though Asian economies have been transformed, vulnerabilities remain and gold could help to mitigate them. Manu Bhaskaran, Partner at advisory firm Centennial Group and Adjunct Senior Fellow at the Institute of Policy Studies, Singapore, explains why.

The key challenge for Asia is that the global financial architecture remains prone to instability.

On 2 July 1997, the Bank of Thailand ceased intervening to support the Thai baht. This seemingly innocuous policy change triggered currency instability that eventually morphed into a systemic crisis of epic proportions in Indonesia, Thailand, Malaysia and South Korea. Along the way, Hong Kong, Singapore, the Philippines, Vietnam and other countries suffered collateral damage. By 1998, other emerging market economies, including Russia, were also in trouble.

Now, as the global economy appears to be returning to normal after another series of crises since 2007, it is timely to ask what lessons the crisis in Asia offers. In particular, what role can financial reforms – such as those involving gold – play in insulating the world economy from more problems in future?

Causes and consequences of the Asian crisis 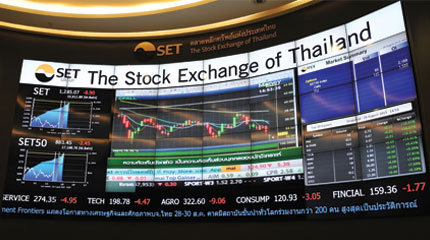 First, we need to understand what happened in the region.

East Asia enjoyed a spectacular economic boom, starting around 1988. A series of reforms in the region liberalised financial systems, deregulated businesses and opened up economies to foreign investment just as the massive appreciation of the yen spurred a surge in Japanese foreign direct investment. Together, these developments produced a great economic boom. Stock markets and wages soared, real estate prices went through the roof and huge fortunes were made.
But lurking beneath the surface were structural weaknesses, which eventually tipped the region into an extended crisis. While there is still no clear consensus on the precise causes of the crisis, it is reasonable to say that a confluence of factors played a role.

Third, the strategies of local companies did not help either:

Finally, political problems amplified the initial financial shocks. Corruption, cronyism and nepotism were rife, contributing to some financial and business weaknesses. But deeper issues aggravated the crisis. In Indonesia,  the authoritarian regime of the ageing President Suharto was losing legitimacy and was primed for trouble. In Malaysia, the power struggle between Prime Minister Mahathir and his deputy, Anwar Ibrahim, came to a head as the crisis unfolded.

And so, the unexpectedly sharp fall of the Thai baht in July 1997 was amplified through the region’s financial sectors, then to their economies, before finally shattering political systems as well. Economic output collapsed – Indonesia’s by close to 15%. Inflation soared, bad loans multiplied and banks could not function, while financially distressed companies retrenched workers and slashed spending, causing demand to collapse.

The proportion of reserves held in gold by emerging market central banks is comparatively low and  they have significant capacity to increase it.

Eventually, the crisis burnt itself out, as policymakers and multilateral agencies devised appropriate solutions. Agencies were established to clean up and recapitalise the banks and assist heavily indebted companies. Reforms were introduced to strengthen the banking sectors, improve exchange rate management and enhance monetary policy formulation. External assistance flowed in as well and, as the political crises eventually ebbed, the economies found their feet. The crisis in Russia and financial problems in developed countries, such as the collapse of hedge fund LTCM, encouraged America’s Federal Reserve Bank to ease monetary policy and this helped to stabilise global financial markets. By 1999, most of the region began an economic recovery. Today, the economies that were ravaged by the 1997 crisis are reasonably prosperous and enjoy growth rates that are mostly much higher than their peers in other emerging market regions.

Looking forward, could we see another Asian crisis?

We believe that another crisis of the scale of 1997-98 is unlikely. The region has learnt its lesson.

Basically, policymakers realised that each country had to get the basics right. Exchange rate management frameworks are now less susceptible to destabilising speculation. Banks are strongly capitalised and stricter supervision has encouraged them to improve risk management. Substantial foreign exchange buffers have been built, while regional support arrangements such as the Chiang Mai Initiative can help to contain any new crisis. Central banks also command much greater credibility among financial market players than in 1997.

Companies have also become more rigorous in how they manage their finances – there are fewer currency and maturity mismatches or headlong rushes into building excess capacity.

Our analysis of economic resilience shows that Asian economies have substantially improved their capacity to absorb external shocks and bounce back relatively quickly. Not only are financial systems more robust, but economies are more diversified and the capacity of economic policymakers to respond through an array of monetary, fiscal and macro-prudential policies is considerably better than in 1997. 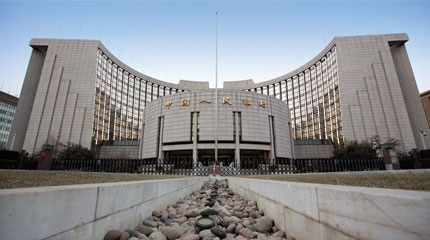 The key challenge for Asia – and other emerging market regions – is that the global financial architecture remains prone to instability, as the succession of recent crises shows. The global financial crisis of 2007-08 and the series of further financial shocks in the Eurozone hit regional economies hard. Asian emerging markets have had to endure turbulence every now and then: in May 2013, when American policymakers hinted at tapering their quantitative easing, and again in 2015-16, when commodity prices collapsed and China’s economy slowed. Now there are serious concerns about China’s financial sector, while expected monetary tightening by developed economy central banks could also be destabilising.

Chinese and Russian central banks have been aggressive diversifiers into gold over the past decade.

Three things need to be done to address this challenge.

First, the global financial system needs to be reformed so that this tendency towards instability is reduced. A primary focus of reform must be greater co-ordination of monetary policies among systemically important central banks. These influential central banks need to ensure that their policies do not create volatility in other countries’ financial systems, especially in emerging economies, as they seem to have done in recent years. Quantitative easing, for example, appears to have encouraged large and undisciplined flows of capital that emerging markets have struggled to manage.

Second, the ultra-low interest rates and expansion of central bank balance sheets in recent years were unprecedented in scale. Consequently, the reversal of these policies will have unpredictable – and quite possibly damaging – effects. Gold’s role as a safe haven will become more important in this context: its lack of correlation with other assets and the fact that physical gold has no credit risk means gold tends to outperform other asset classes should financial stresses become serious.

Third, Asian countries will have to hedge themselves against potential financial challenges. The massive buffers of foreign exchange reserves will help, but an excessive proportion of these reserves are in US dollars and more diversification is needed. In this context, a larger share of gold in the reserves is certainly one way forward. Indeed, Chinese and Russian central banks have been aggressive diversifiers into gold over the past decade. On the whole, however, the proportion of reserves held in gold by emerging market central banks is comparatively low and they have significant capacity to increase it.

Over time, this should prompt a fresh look at gold. It has a proven track record as a store of value, it outperforms fiat currencies in the long run, it does not come with default risk and it acts as a portfolio diversifier. In particular, gold can act as a hedge against risks such as an unexpected rise in inflationary expectations, or a situation where confidence in fiat currencies such as the US dollar comes under strain. Moreover, even as nominal interest rates rise as the Federal Reserve and other central banks gradually tighten monetary policy, real rates are likely to remain low – and that means the opportunity cost of holding gold will remain low well into the future. So for conservative central banks, particularly those seeking diversification out of US dollars, gold has a number of attractions.

Asian economies have broadly recovered from the 1997 crisis and are now in a good position to continue reasonably vibrant growth, while remaining relatively resilient to the stresses and strains of a volatile global economy. However, that resilience could be enhanced through a greater role for gold in central bank reserves.