Chow Tai Fook Jewellery Group is a leading jewellery retailer in China, with more than 2,500 stores across the country and a reputation for cutting-edge design and innovation. Executive Director Chan Sai-Cheong holds a positive view on the long-term prospects of the jewellery industry in China.

According to the World Gold Council, China’s gold jewellery industry more than quadrupled in size between 2002 and 2013. A period of retrenchment followed but it has now returned to growth and Chow Tai Fook is confident about future prospects.

“The domestic economy has become more consumption- driven and jewellery demand continues to be stable, not just in Tier I and II cities but also in Tier III cities and others as well,” says Executive Director Chan Sai-Cheong.

Rapid urbanisation plays a central role in Chow Tai Fook’s growth strategy, and the retailer also expects to benefit from China’s expanding middle class and rising income levels, as consumers look for both affordable luxuries and high-end products. Young consumers, especially millennials, are also becoming more attracted to the market, as designs are modernised and improved.

“Carat gold products are very popular among young people nowadays, as they are more fashionable. We recently launched a set of products made from 22ct gold and designed with the latest fashion in mind. That is all part of our ambition to create a new fashion trend in gold jewellery,” says Chan.

Technological advances have been helpful too, allowing jewellery producers to broaden the range of designs, creating more stylish products that appeal to younger customers. 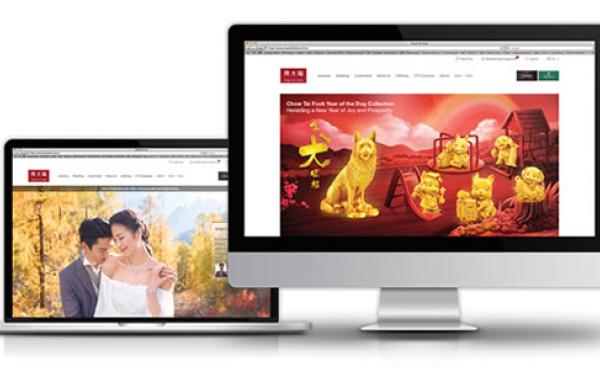 3D hard gold is a case in point. It allows Chow Tai Fook to make large pieces of jewellery which are hollow inside and are therefore both light and fashionable. While the bricks-and-mortar retail experience is still essential for the jewellery industry, online channels account for a growing percentage of gold jewellery sales. 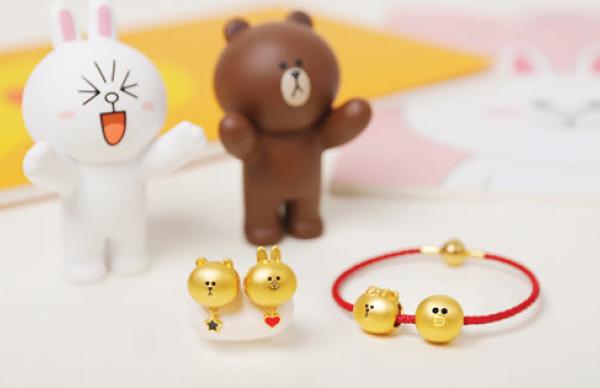 In Chow Tai Fook’s 2018 financial results, online gold products sales rose by more than 90% year-on-year in China, as the group strengthened its cooperation with some major online platform partners. The retailer’s e-commerce business is dominated by fashionable products with a lower unit price, targeted at young consumers. In order to foster omni-channel retailing, the group has also introduced an online-to-offline strategy enabling consumers to order products online and collect them at physical stores, where they can benefit from better customer service from frontline staff.

Looking ahead, Chow Tai Fook expects the e-commerce market to deliver moderate growth as it continues to evolve. “We believe that e-commerce has entered a more mature stage and it is likely to experience steady rather than explosive growth in the coming year. For us, integration between online and offline has become a key retail trend,” says Chan. 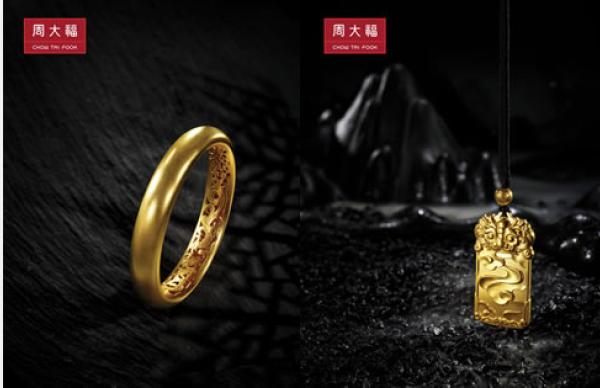 Chow Tai Fook has also developed a multi-brand strategy to diversify its product suite and attract a broader range of customers. “We have a number of different products in our portfolio, designed to appeal to different target customers. Apart from Chow Tai Fook, our iconic brand, we also have Monologue, a fashion jewellery brand for trendsetting millennials; SoInLove, an affordable luxury bridal jewellery brand; and two diamond brands, Chow Tai Fook T Mark and Hearts On Fire.

Keenly aware of the importance of online media, Chow Tai Fook invests significantly in digital marketing too, using soft promotions to attract young consumers. The group has collaborated with renowned business partners to roll out licensed gold products, such as Line Friends and Budding Pop (a cartoon character), to attract millennials and teens. Nonetheless, the company is mindful of traditional customers too.

“Our heritage collection, CTF HUA, infuses traditional Chinese cultural connotations and techniques into gold jewellery products, which have been popular among consumers since their launch last year,” says Chan.

Looking ahead, Chan expects demand to come from both older and younger generations. With more than 10 million newly wed couples in China every year, demand for traditional wedding gold jewellery products is expected to remain robust. At the same time, Chow Tai Fook believes that fashionable gold jewellery should benefit from young people’s growing purchasing power, as long as the industry responds to the fast-changing market dynamics.

“We need to ensure that we provide products that better accommodate the needs of the younger generation and so we will continue to cooperate with different business partners, leveraging cutting-edge technology to diversify gold product styles. We will also create integrated sales channels to deliver a more seamless omni-channel experience for customers,” says Chan.

As the domestic economy becomes more oriented towards consumption, jewellery demand will recover, not just in Tier I and II cities but in Tier III cities and others as well.

Over the long term, the retailer is confident about demand trends. “Traditional gold jewellery plays a vital role among Chinese consumers, because it is always used as gift for weddings and birthdays, so market demand remains steady. We are optimistic about long-term prospects of the Chinese gold jewellery market and will accelerate development in lower-tier cities,” Chan explains.