Gold experienced a rollercoaster year in 2018. This year, we believe demand is likely to increase, bolstered by structural economic reforms, financial market uncertainty and geopolitical unrest. Juan Carlos Artigas, Director of Investment Research at the World Gold Council, assesses the outlook for gold.

This year, we see higher levels of risk and uncertainty across four key metrics: global stock market volatility; potential increases in inflation; political and economic instability in Europe; and increasing concerns about a global recession.

Gold is different from almost any other asset because it appeals to both investors and consumers. Investors turn to gold as a diversifier and long-term savings tool. Consumers see gold as an adornment and a sign of wealth.

During 2018, consumer demand rose in many key markets, supported by positive economic growth. But gold faced headwinds from investment. President Trump’s tax cuts fuelled the long bull market in US equities for much of the year, while a strengthening dollar and rising US interest rates acted as further brakes on investment demand for gold.

By the fourth quarter, however, many of these negative factors were easing away, as market uncertainty grew. As a result, demand for gold increased and the price rose comfortably above US$1,250/oz.

In 2019, structural economic reforms should support gold demand for jewellery, technology and long-term savings. Increased market uncertainty and protectionist economic policies should make gold increasingly attractive as a hedge. And suggestions that the US economy will experience weaker growth this year could curtail rising interest rates and limit dollar strength.

Gold-backed exchange traded funds (ETFs) experienced significant outflows for most of 2018, particularly in North America. But the pattern started to change in the fourth quarter, as sentiment towards risk began to shift.

This year, we see high levels of risk and uncertainty across four key metrics: global stock market volatility; potential increases in inflation; political and economic instability in Europe; and increasing concerns about a global recession.

First, despite the recent market correction, many stock prices remain elevated, especially in the US, after a decade-long bull run (Chart 1). Yet, bond yields remain stubbornly low. The 10-year Treasury yield, for example, began the year 1.5% below its 2008 pre-Lehman crisis level, providing investors with very little protection against further market volatility. Indeed, volatility metrics have begun to creep up, with the CBOE Volatility (VIX) Index soaring in the last quarter of 2018.

Second, while Europe has largely recovered from the sovereign debt crisis, it remains vulnerable to shocks and faces several major challenges. Brexit has created persistent unease among investors and clarity is unlikely to emerge anytime soon. In addition, France is grappling with social unrest, while populist forces have been gaining momentum in Italy, Spain and Germany. Perhaps in response, Europeans have been steadily adding gold to their portfolios since early 2016.

Third, more and more governments around the world are embracing protectionist policies. While these can have a positive effect in the short term, they are inherently inflationary, driving higher labour and manufacturing costs and/or higher tariffs imposed to promote local producers over foreign ones. To date, investors have taken much of the US/China trade war rhetoric as posturing. However, any restrictions on the flow of capital, goods and labour will create long-term issues.

Volatile markets, European populism and US protectionism have all increased the risk of recession, possibly led by the US. A significant proportion of the growth seen in 2018 was a byproduct of President Trump’s tax cuts. But similar measures may be more difficult to enact in future, particularly with a split Congress.

Credit markets are already indicating that the future will be less benign. Spreads have widened, credit conditions have tightened and the US Treasury curve is very flat, with some economists predicting it will invert over the next few months. While an inverted yield curve does not cause recessions, it has preceded them with uncanny accuracy over recent decades.

The impact of rates and the dollar

Traditionally, higher short-term interest rates and US dollar strength have been cited as limiting demand for gold. But higher US interest rates alone are not enough to deter investors from buying gold, as evidenced by robust demand between 2016 and the early part of 2018. This year too, the US Federal Reserve (Fed) is expected to adopt an increasingly neutral policy stance.

On the currency front, the US Dollar (DXY) Index has already appreciated by more than 10% from its 2018 low and a similar trend in 2016 was followed by significant correction. Additionally, the Trump administration is known to favour a weaker dollar, having often expressed frustration about the competitive disadvantage of a strong currency.

Emerging markets account for around 70% of gold consumer demand, led by China and India. Both countries are implementing economic changes that will promote growth and income levels over many years.

Importantly too, emerging market central banks continue to diversify their exposure to US dollars and gold is a key beneficiary. In 2018 alone, central bank demand hit a record high, in recent history, as a number of countries added gold to their foreign reserves, many after multi-year absences (see page 9, Central banks turn to gold).

India has been actively modernising its economy, reducing barriers for commerce and promoting fiscal compliance. The country is expected to grow by 7.5% in 2019. 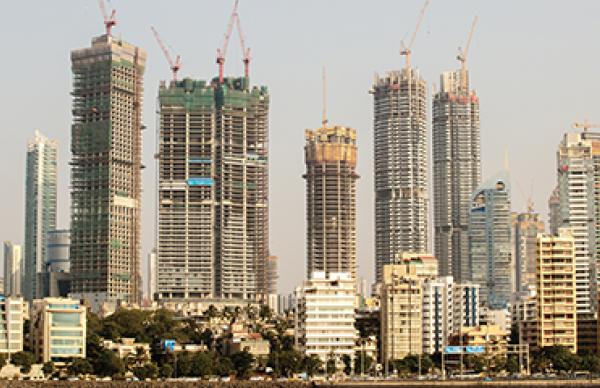 Emerging markets account for around 70% of gold consumer demand, led by China and India. Both countries are implementing economic changes that will promote growth and income levels over many years.

India has been actively modernising its economy, reducing barriers for commerce and promoting fiscal compliance. The country is expected to grow by 7.5% in 2019, significantly outpacing most global economies. Gold is well positioned to benefit from this expansion, as there is an unequivocal link between jewellery demand and growing consumer wealth.

Income levels are rising in China too, with the government determined to deliver long-term growth and claim a growing role on the global stage. The ‘Belt and Road’ initiative, for example, is focused on promoting regional economic development, which should, over time, support demand for gold across many emerging markets.

In the West, economic recovery in recent years has resulted in positive consumer demand in the US and parts of Europe.

Overall, therefore, we believe that gold jewellery demand will benefit from positive consumer sentiment in 2019. Even if uncertainty affects confidence in certain jurisdictions, global demand should still increase marginally.

Why gold, why now?

Tactically, gold presents an interesting opportunity. Gold speculative positioning in futures markets remains low by historical standards. While CME-managed money net long positions increased in December 2018, they were at record lows, since data was first broken down by investor type in 2006, earlier in the year. Net combined speculative positions, which go back further, were at their lowest for the first time since December 2001. And in recent years, a large increase in short positions has been followed by a sharp rally in gold as we started to witness towards the end of 2018 (Chart 2).

More strategically, there are four factors that make gold an attractive investment asset. It has been a source of return for investors’ portfolios. Its correlation to major asset classes has been low in both expansionary and recessionary periods. It is a mainstream asset that is as liquid as other financial securities. It has historically improved portfolio risk-adjusted returns. These factors appeal to investors small and large, including central banks as they continue buying gold to diversify their foreign reserves and counterbalance fiat currency risk.

From a global perspective, therefore, gold has a number of key attributes. In the short term, market risk and uncertainty will continue to make gold attractive; in the longer term, gold’s performance will be supported by the development of the middle class in emerging markets, gold’s role as an asset of last resort and its growing use in technological applications.