Sections:Gold’s role in a low-carbon economy

As awareness of the impact of climate change becomes increasingly pervasive, investors are calling on business leaders to drive the transition towards a low-carbon economy. Terry Heymann, CFO at the World Gold Council, analyses the role of gold and gold producers in addressing climate change concerns.

Under the Paris Agreement of 2015, nearly 200 governments committed to preventing temperatures from rising more than 2°C above pre-industrial levels. Recently, the United Nations Intergovernmental Panel on Climate Change (IPCC) warned that these efforts would need to accelerate, and governments would have to adopt even tougher targets, to avert significantly higher risks of rising sea levels, extreme weather patterns and the catastrophic disruption of ecological systems and food production. 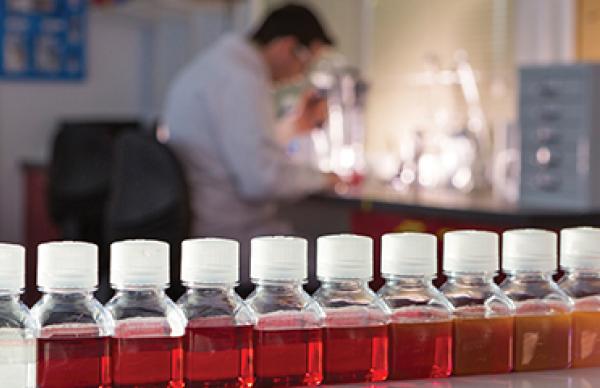 In nanoparticulate form, gold has considerable potential in a range of applications that can help reduce GHG emissions.

Yet, there is growing recognition that the world is still failing to take sufficient action to meets its Paris commitments and that greater urgency and ambition are now needed to mitigate the impacts of extreme climate change. Critically, it is not just governments that are calling for action. If anything, the private sector is increasingly at the forefront, with businesses and investors taking the lead. For example, the Alliance of CEO Climate Leaders is formed of 50 leaders of global businesses, all calling for concerted climate action and policies supportive of low-carbon solutions.

The investor community has recognised that it can be a driving force to address climate change. Climate change has been a particular area of focus, among increasing demands for greater transparency and consistency in how companies and financial institutions approach and report on environmental, social and governance (ESG) issues. Investors are interested both in what companies are doing to reduce emissions and how a changing climate is likely to impact businesses’ operations and future performance. The investor community is calling for increased and more consistent disclosure around the reporting of climaterelated financial risks, with widespread acceptance of the recommendations of the Task Force on Climate-related Financial Disclosures (TCFD).

As gold has become increasingly recognised as a mainstream asset, the gold industry has been called upon to demonstrate it understands the risks and opportunities associated with climate change, and is actively engaged in adapting to them. To support and facilitate this, in 2018 the World Gold Council produced its first research paper3 on these issues, in consultation with a range of academics and environmental policy experts (including the Centre for Environmental Policy at Imperial College London).

Gold is a rare and precious metal so considerable quantities of ore are mined and processed to produce a small amount of pure gold. This requires large amounts of energy. On a per volume basis, therefore, gold has a relatively high greenhouse gas (GHG) intensity. However, a relatively small amount of gold is produced each year – around 3,000 tonnes, compared to, for example, 7.3 billion (bn) tonnes of coal and 1.6bn tonnes of steel. Total annual GHG emissions for gold are therefore significantly lower than for most other major mined products. Simply put, gold’s overall carbon footprint is relatively small.

Early work by business academics suggests that adding gold to a mainstream investment portfolio may reduce its overall carbon footprint over time.

We think these findings are significant, offering gold industry stakeholders, investors and policymakers a useful perspective on the relationship between an asset’s value and its carbon footprint. We are, however, also aware that this is a starting point and considerably more work needs to be done. A more comprehensive picture is needed, requiring an examination of GHG emissions associated with gold’s downstream uses. While we have sound reasons to expect these to be relatively minimal, there has been very little such analysis of the gold market and it is, therefore, certainly an area worthy of closer study.

Interestingly, early work by business academics1 suggests that adding gold to a mainstream investment portfolio may reduce its overall carbon footprint over time. Unlike many other assets, gold is not associated with ongoing activities and overheads, which continue to generate further emissions. Furthermore, gold should prove relatively robust in the face of the probable physical threats imposed by climate change, which are likely to be far more damaging to other sectors of the economy.

This should not suggest industry complacency. Mining, processing and refining account for most of the energy used and gases emitted in the gold supply chain, so that is where the most immediate change can be seen. Gold mining is an industry in transition, as companies strive proactively to prepare their operations for the move to a low-carbon economy. The potential for decarbonisation is significant.

Responsible gold mining companies are already taking action to address the challenge of climate change and reduce GHG emissions. Initiatives from World Gold Council members vary in type and scale, but all are focused on greater energy efficiency and moving, wherever possible, to low-carbon energy sources. 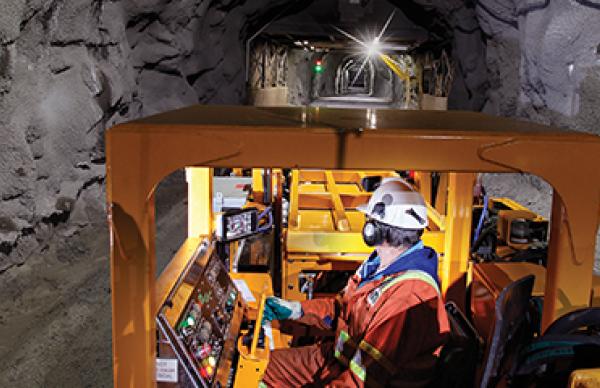 Specific projects include: the world’s first all-electric mine in Canada; a large solar plant that will transform a mine’s power consumption in Burkina Faso; mining company ventures sourcing hydro-electric power in Brazil and the Kyrgyz Republic; award-winning air control automation in South Africa; and optimised ventilation systems in Canada. Looking ahead, such ventures are likely to become more prevalent in every major gold-mining region, both as a commitment to reduce GHG emissions, but importantly, because they also present a more sustainable long-term financial rationale.

Image: Borden will be Canada’s first all-electric underground mine. 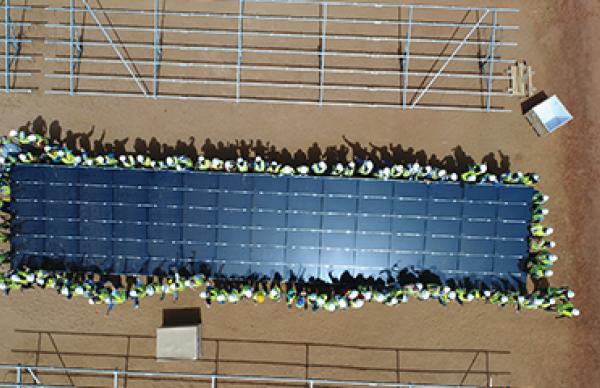 New technology for a cleaner future

Gold can play a vital role in technologies that may help facilitate the transition to a low-carbon future.

Significantly, but often overlooked, gold – as an industrial material – can play a vital role in technologies that may help facilitate the transition to a low-carbon future. In nanoparticulate form, for instance, gold has considerable potential in a range of applications that can help reduce GHG emissions.

Much work remains to be done, perhaps starting with clearer, more consistent data and agreed methodologies to help foster wider understanding. But the gold industry is keenly aware of its responsibility to investors and to society at large. Our initial research highlights that overall GHG emissions from gold mining are lower than those of other large extractive industries, and key gold industry players are seeking to drive them lower; that emissions per dollar invested in gold are lower than a dollar invested in most other metals; and that gold‘s unique physical properties can play a crucial part in the challenge to better manage global warming.