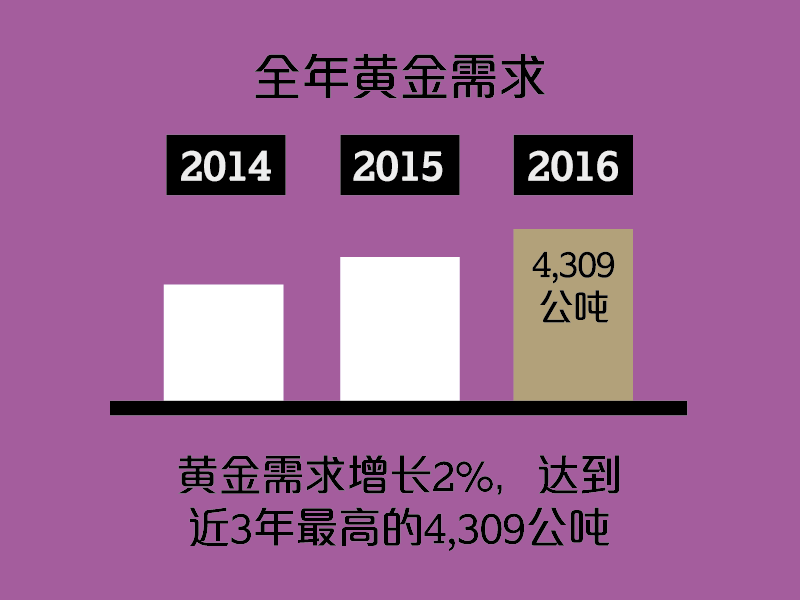 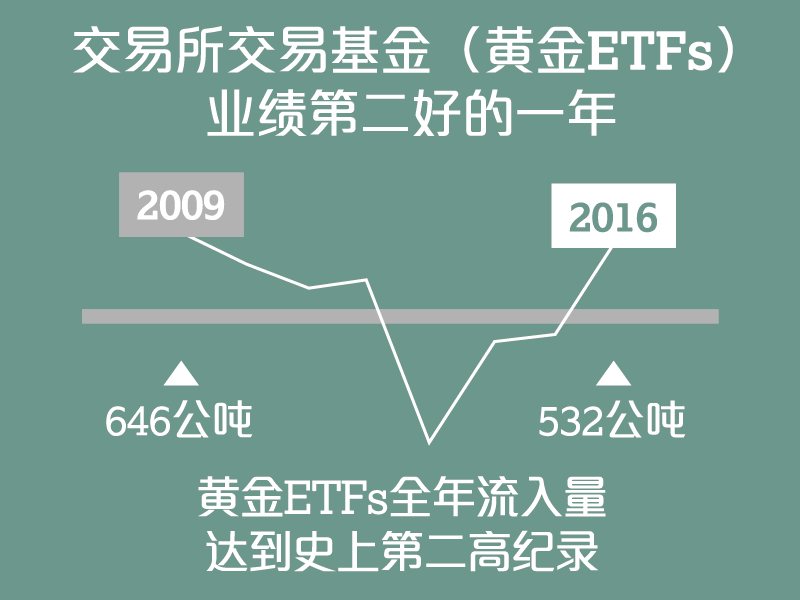 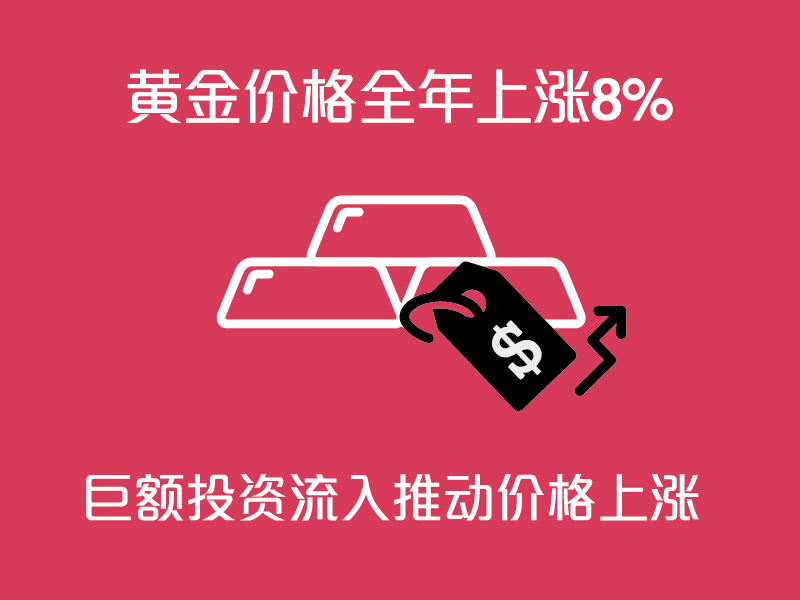 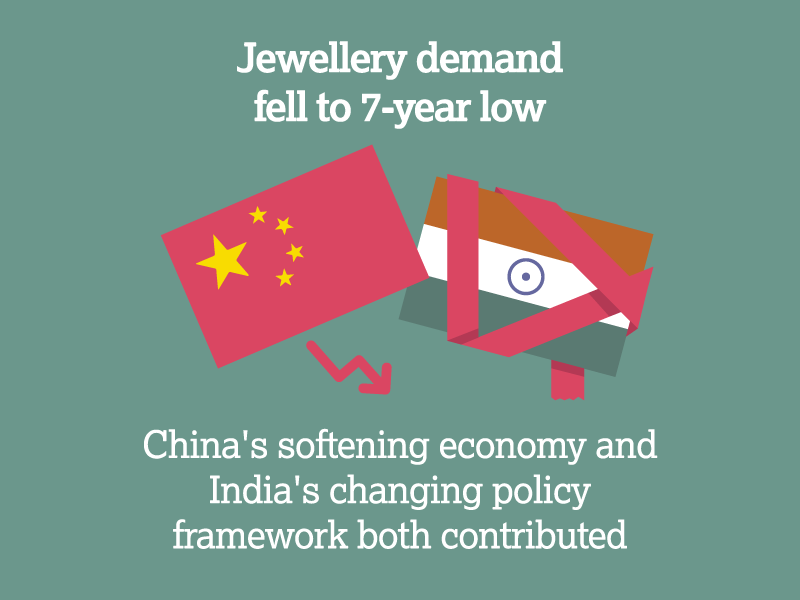 2016 was the second best year for ETFs on record. Global demand for gold-backed ETFs and similar products (ETFs) was 531.9t - the highest since 2009. Q4 saw outflows.

Bar and coin demand sprang into life in Q4. Having been subdued for most of the year, the price fall in Q4 was the buying opportunity many retail investors had been waiting for. Q4 was China’s strongest quarter for bar and coin demand since Q2 2013.

The gold price ended the year up 8%. Having risen 25% by the end of September, gold relinquished some of its gains in Q4 following Trump’s conciliatory acceptance speech and the FOMC’s interest rate rise.

2016 saw a 7-year low for jewellery demand. Rising prices for much of the year, regulatory and fiscal hurdles in India and China’s softening economy were key reasons for weakness in the sector.

India’s shock demonetisation policy brought the market to a virtual standstill. An initial rush for gold following the policy announcement came to a swift halt in the ensuing cash crunch.

Central bank demand was the lowest since 2010. Net purchases (383.6t) were 33% lower than 2015, due in part to increased pressure on FX reserves. Despite this, 2016 was the 7th consecutive year of net purchases by central banks.

World Gold Council does not guarantee the accuracy or completeness of any information. World Gold Council does not accept responsibility for any losses or damages arising directly or indirectly from the use of this information.
This information is not a recommendation or an offer for the purchase or sale of gold, any gold-related products or services or any other products, services, securities or financial instruments (collectively, “Services”).  Investors should discuss their individual circumstances with their appropriate investment professionals before making any decision regarding any Services or investments.