Central banks are among the world’s largest investors in gold, with total holdings of more than 30,000 tonnes. Now, they are increasing their gold reserves still further, while many are returning to the market after multi-year absences. World Gold Council Director Ezechiel Copic assesses why.

The breadth and diversity of central banks that have recently purchased gold are matched by an equally broad and diverse set of reasons for these purchases. Traditionally, central bank reserve managers prioritise  safety and liquidity when investing, which is why gold,  the ultimate safe-haven asset, has long been a mainstay for central bank reserve investment.

As buying patterns change, the number of central banks entering the market is changing as well. Historically, countries such as Russia, Kazakhstan and Turkey were among the most consistent buyers, making regular monthly purchases. In 2018 previously inactive central banks, including Poland, Hungary and India, also bought gold.

Other central banks, such as Poland’s, have returned to gold after long periods of absence, for diversification purposes, fuelled by worries over global political and economic uncertainty.

Bolded countries are those that had been absent or inactive in the gold market for at least five years prior to 2017. Turkey’s figure excludes changes to commercial gold held at the central bank as part of its Reserve Options Mechanism. Poland’s figure includes all announced gold purchases, although only approximately half of those purchases are reflected in official reporting.

Today, safety and liquidity remain the priority for reserve managers, but the sources of risk to these principles are changing, from specific issues such as macro-economic conditions, financial sanctions, escalating trade wars and political uncertainty to a potential structural shift in the international financial system.

For Russia, the largest and most consistent buyer of gold, the key driver is undoubtedly one of safety – specifically, its desire for assets that are free from political risk. Russia’s enormous accumulation of gold is in direct response to pressure from financial sanctions imposed by the West. Gold has become a strategically important asset because, as First Deputy Governor of Russia’s central bank Dmitry Tulin noted last year, it is a “100% guarantee from legal and political risks.” 1 The substantial increase in Russian gold holdings has been accompanied by an equally substantial decrease in the country’s holdings of US Treasuries, reflecting the Bank of Russia’s long-standing policy of dedollarisation.

Other central banks, such as Poland’s, have returned to gold after long periods of absence, probably more for diversification purposes, fuelled by worries over global political and economic uncertainty. Indeed, according to UBS Asset Management’s 24th Annual Reserve Management Survey (published in September 2018), central bankers’ biggest concerns about the global economy centre on trade wars and political developments in both the EU and US. The CBOE Volatility (VIX) Index, often described as the market’s fear gauge, jumped to its highest level since mid-2015 in 2018, highlighting investor disquiet. Such concern may be focused on the deteriorating long-term fiscal outlook in the US, Japan and Italy, coupled with the ongoing uncertainty around Brexit – all of which could make advanced-economy sovereign debt less attractive.

At the same time, central banks may be evaluating the need for greater downside protection, as they explore riskier asset classes. According to the UBS survey and the Invesco Global Sovereign Asset Management Study (released July 2018), for example, reserve managers are moving into previously untapped markets, such as equities, corporate debt and real estate. Adding gold can act as a counterbalance against these investments, as it is almost completely uncorrelated to alternative assets.

Against this backdrop, some central banks, such as Hungary’s, are looking to gold for long-term “stability objectives,” observing that gold has “a confidence-building feature,” according to the central bank’s statement accompanying its October 2018 gold purchase. 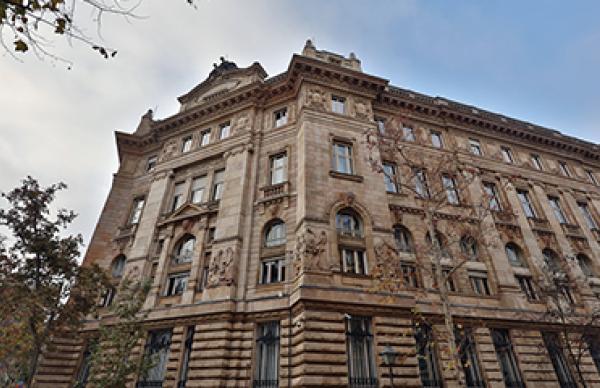 Hungary’s recent gold purchase is particularly notable not just because the central bank increased gold reserves ten-fold after years of being inactive in the gold market, but also because it commented that gold acts “as a major line of defence under extreme market conditions or in times of structural changes in the international financial system or deep geopolitical crises.” While extreme market conditions and deep geopolitical crises are nothing new for financial markets, nascent structural changes are more unusual. Yet they are beginning to preoccupy investors, especially given the emergence of the Chinese renminbi (RMB) on the international stage.

As RMB allocations grow over time, there is the potential for a longterm structural shift towards a more multi-currency system.

A recent report (RMB Internationalisation: Where to Next?) by the Reserve Bank of Australia noted, “[I]f China continues to gradually open the capital account and move towards a more flexible exchange rate, the [next] phase of internationalisation could see the RMB emerge as a widely used regional currency in Asia.” As RMB allocations grow over time, there is the potential for a long-term structural shift towards a more multi-currency system, rather than the current system that principally revolves around the US dollar. Such a shift could be both destabilising and dollar negative: gold can serve as a hedge against both. While there is widespread market debate about the timing of such a change – which will be linked to the pace at which China fully liberalises its financial markets – perhaps Hungary’s statement is evidence that, for at least some, these changes are expected to happen sooner rather than later.