The number of central banks buying gold is expected to increase substantially this year. According to the 2020 Central Bank Gold Reserves (CBGR) survey, 20% of central banks intend to increase their gold reserves over the next 12 months, compared to just 8% of respondents in the 2019 survey. The increase is particularly notable as central bank buying has reached record levels in recent years, adding around 650 tonnes in 2019 alone.

Several of the survey’s key findings may explain the significant growth in planned gold purchases by central banks: 88% of respondents say that negative interest  rates are a relevant factor for their reserve management decisions. The continuation of expansionary monetary policies due to the Covid-19 pandemic, which coincided with the fieldwork of this survey, will likely keep interest rates near zero for the foreseeable future.

Furthermore, 79% of respondents view gold’s performance during times of crisis as an important reason to hold gold, up from 59% in 2019; while 74% of respondents consider gold’s lack of default risk to be an important reason for holding the metal, up from 59% in 2019. These shifts may suggest a re-evaluation of gold’s role amidst ongoing financial and economic uncertainty, while also reflecting long-term concerns about fiscal sustainability as government stimulus is deployed to cushion the global economy.

We highlight several key insights below – download the full report for more.

How relevant are the following factors in your organisation's decision

Responses to this question showed a significant change from the 2019 survey, perhaps indicating a shift in investment sentiment in light of the Covid-19 pandemic and other global developments.

Q4. How relevant are the following factors in your organization’s decision to hold gold?

Q4. How relevant are the following factors in your organization’s decision to hold gold?

The two most important factors in the decision to hold gold are the same as in 2019: historical position and long-term store of value. Perhaps unsurprisingly, given the current Covid-19 crisis, performance during times of crisis has grown in importance since 2019

How do you expect global central bank gold reserves to change over the next 12 months?

A significantly higher number of respondents expect central banks to hold more gold overall than in 2019. Among respondents, 75% believe that global central bank gold holdings will increase in the next 12 months compared to 54% last year.

How do you expect your institution’s gold reserves to change over the next 12 months?

The number of respondents who expect to increase their own gold holdings has risen to 20%, compared to 8% last year. Among EMDE respondents, 23% say they will increase their gold reserves, more than double the proportion in 2019.

How do you purchase gold?

Buying gold on the international OTC market is the most common way for central banks to purchase the metal, although over a quarter of respondents say they source gold from domestic production as well.

In what form do you purchase gold?

As in 2019, good delivery bars are the most common form in which gold is purchased. Only a handful purchase either Kilo bars or Dore.

The survey is expected to be conducted annually

A time series of official holdings of gold including an attribution of sales under the Central Bank Gold Agreement (CBGA). 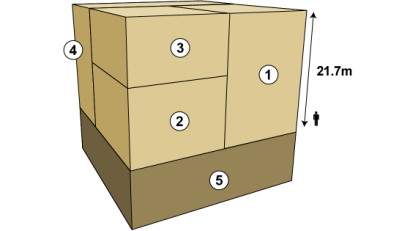 A breakdown of the above-ground stock of gold, including a time series of how it has evolved since 2010, and the latest year-end estimate of below-ground stocks.