Gold hallmarks originated to show the purity of gold in a piece of gold jewellery and included the mark of the assaying office that certified the purity as well as the fineness or caratage of the gold. Later, trademarks that showed which goldsmith had manufactured the product were added.

Hallmarking gold jewellery was Europe's earliest form of consumer protection, dating back to King Louis IX of France and Edward I of England in the 1200s. As craft guilds arose in these two dominant markets of Middle Ages Europe, state-appointed assayers examined precious metal goods. Their prescribed mark, and subsequently marks for individual goldsmiths and production dates, became a pre-requisite for gold items offered for public sale. 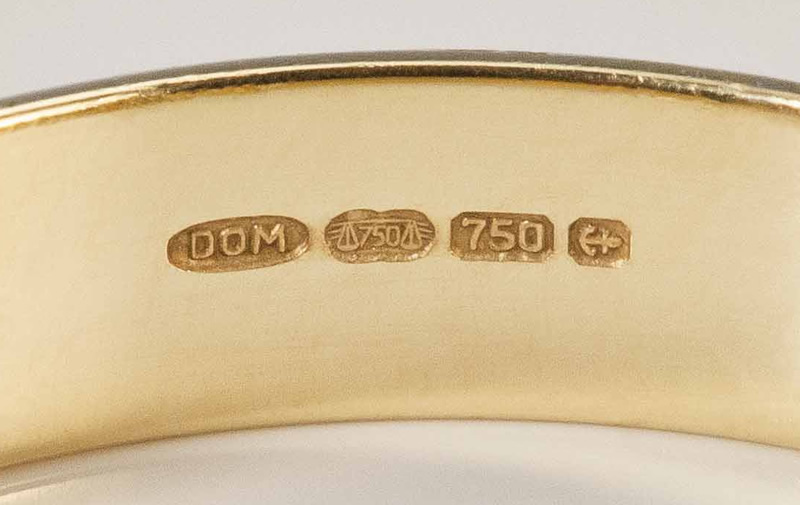 In 1327, King Edward III of England granted a charter to the ‘Worshipful Company of Goldsmiths,’ headquartered in London at Goldsmiths' Hall. The English term ‘hallmark’ originates with this hall and its official marks.

In the UK, all gold products sold on the home market must now be hallmarked at one of the four assay offices in London, Birmingham, Sheffield and Edinburgh each of which has a distinctive mark. Articles weighing less than 1 gram are exempt.

Similar systems to clearly identify the caratage and origin of gold items have been introduced over time and around the world. But each nation has created its own requirements and distinctive gold hallmarks and markings.

In the US, an item’s caratage(/karatage) may be identified by independent signage close to the piece of jewellery or verbal information. It does not have to be marked on the piece itself. If an item is marked, it must also have a trademark stamp in close proximity to identify its origin. In the US, the fineness in parts per thousand is often used to indicate purity instead of caratage.

In many other countries, including in Italy, India and China, jewellery hallmarking is voluntary. Gold manufacturers apply their own marks to their creations, to attest to their origin and caratage. This practice pre-dates the modern Italian state in the traditional centres of gold craftsmanship of Italy, such as Arezzo, Vicenza, Valenza or Bassano del Grappa. Here, the manufacturer’s identification mark is composed of a number and the first two letters of his region, as for example, 1 AR for Arezzo. In Switzerland, hallmarking on jewellery is optional except for metal watch cases.

In an attempt at standardising the inspection of precious metals, in 1972, a group of European nations signed the Vienna Convention on the Control of the Fineness and the Hallmarking of Precious Metal Objects. Most European nations are party to the Vienna system and a number of other nations monitor it. It introduced a Common Control Mark (CCM).

Each member country agrees to allow goods marked with the CCM mark to be imported without further testing or marking if such articles would normally qualify for a domestic mark. To be marked with the CCM a precious metal must bear a fineness mark, a responsibility mark and an Assay office mark. The CCM thus represents an additional protection and quality mark.

For gold, the CCM symbol is the balance scales, superimposed on two intersecting circles. 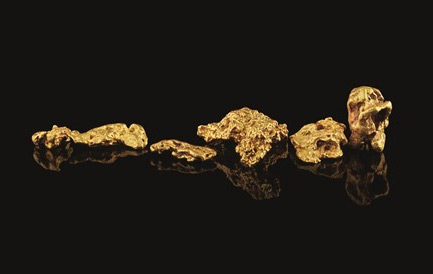 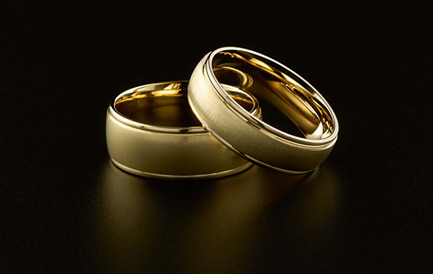 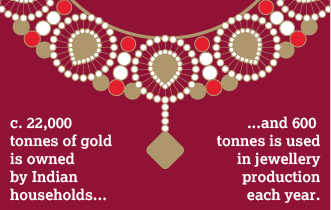