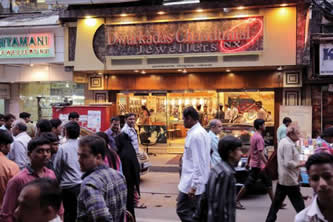 India has an ambivalent relationship with gold. For consumers, gold is a prized asset, cherished as both an adornment and an investment. For the government, gold is a major contributor to the current account deficit, a challenge that needs to be addressed.

In order to provide a comprehensive analysis of the market, the World Gold Council commissioned Federation of Indian Chambers of Commerce and Industry (FICCI) who also engaged Bureau of Research on Industry & Economic Fundamentals (BRIEF) to conduct a widespread survey of Indian consumers and assessed policies adopted in other countries with similar issues to India.

We have used this information to provide suggested policy measures that would allow India to reap the maximum benefit from its affinity with gold.

Gold has an enduring appeal to the Indian consumer, but India is not reaping the bene ts from this affinity. How can this change? Below, we suggest measures that could be adopted to allow gold to make a meaningful contribution to the Indian economy.