Italy considers gold as an alternative to austerity

With a clear winner failing to emerge from the Italian elections in February 2013, the Italian political landscape has subsequently navigated an uncertain and challenging period. As a way forward has begun to emerge, it is clear that the new government faces several competing priorities.

The World Gold Council commissioned Ipsos MORI, the independent research company, to conduct the first independent nationwide poll in Italy following the elections. Surveying 1,009 Italian citizens and 300 Italian business leaders, the purpose was to capture Italian sentiment around key economic issues at a turning point in the country’s governance.

This report reveals the extent to which the economy was a major factor in voting patterns at the election. It also shows that Italians are demanding a strong growth agenda from any inbound government. In doing so they are also rejecting austerity measures, leaving an incoming government to meet a very challenging brief.

Topics covered in this report: 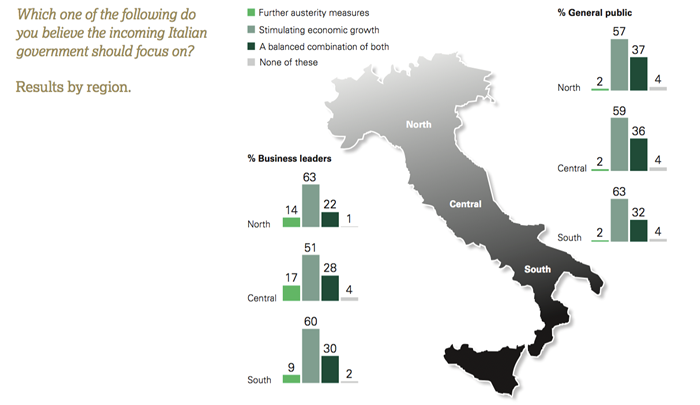 Investment Update - Beyond CPI: Gold as a strategic inflation hedge

The relevance of gold as a strategic asset 2021 - Russia edition