London is the centre of the over-the-counter global gold market and home to one of the largest stockpiles of gold in the world. Ruth Crowell, chief executive of the LBMA, explains how the international trade body is taking steps to ensure London retains its position and status as a leading market for gold. 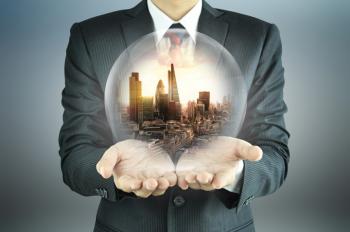 London is the fulcrum of the over-the-counter (OTC) precious metals market, involving participants from across the world. Despite its central role however, the precise size of the market has been hard to determine.

This is not just a challenge for gold but for all OTC or bilateral markets. Trades are strictly principal-to-principal and there is no central counterparty that can efficiently capture and report all trades. As a result, OTC markets have traditionally relied on surveys to gauge gross turnover.

We do not have the requisite information either, being a global standard-setting body for precious metals, rather than an exchange. Instead, we rely on market participants being willing and able to provide us with data. Given the size, sensitivity and diversity of those participants, this has not historically been possible.

Now however, the LBMA has introduced a new system, under which OTC market participants will report trades. The initiative has three clear benefits: it will create an accurate picture of the size and shape of the market; it will promote transparency for existing and potential investors, and it will engender confidence in the liquidity and efficiency of the London market. Initial steps have been taken and the system will be fully rolled out next year.

It will create an accurate picture of the size and shape of the market; it will promote transparency for existing and potential investors, and it will engender confidence in the liquidity and efficiency of the London market.

Even as full reporting is embedded in London, further progress has been made to drive market transparency and promote positive investor sentiment. Earlier this year, the LBMA revealed, for the first time, how much gold is held in London vaults – 7,449 tonnes, making it second only to Fort Knox in Kentucky, USA.

Valued at around $298 billion, this gold would fill four double decker buses and would be worth enough to buy 21st Century Fox, Netflix, Time Warner, CBS and Bitcoin combined. 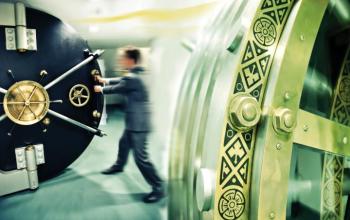 Publishing London’s vault holdings exemplifies how the LBMA is meeting the challenges of market structure and sensitivity. Each of the vaulting companies, including the Bank of England, had to be satisfied that the disaggregate information would be kept securely, that the data would be properly vetted and that the LBMA Executive could answer questions from the media.

Vault operators were also anxious that important principles regarding client confidentiality were not compromised in any way, particularly with regard to high profile clients, such as central banks, whose decisions around gold could move markets. For each of the vault operators, appropriate approvals had to be sought to ensure that any concerns which might be raised by compliance, legal and senior management were addressed.

Building capacity was a challenge, particularly given recent global, US and EU regulatory changes. But the work has been done, retaining confidentiality, while adhering to market-leading standards.

Arguably, trade reporting is even more challenging, as it encompasses the concerns and issues of a much larger group of institutions. Once again, protecting client confidentiality and the integrity of the global market are of paramount importance.

Initially, all our trading members will report their OTC trades. Once the dataset is live in 2018, reporting requirements will be extended to ensure that the data ultimately reflects the size of the global OTC market.

After an exhaustive selection process, Cinnober Boat was appointed as our trade reporting service provider. Cinnober provides solutions and services to leading trading and clearing venues, including exchanges, clearinghouses, banks and brokers around the world. Boat is already used by many LBMA members for trade reporting, thus minimising disruption and cost.

The LBMA revealed, for the first time, how much gold is held in London vaults – 7,449 tonnes, valued at around US$298 billion.

The system is already capturing trades through a hub known as LBMA-I, run by financial technology operator Autilla. LBMA market-makers are expected to start reporting in the coming months, followed by other trading members later in 2017. After a period of quality checking, it is expected that the first set of data will be published in 2018.

Increased transparency should prove a highly beneficial resource for existing and future OTC investors, as they seek to better understand market liquidity and depth.

And a more accurate picture of the market’s size and liquidity will make a vital contribution to lobbying efforts against disruptive future regulation such as Basel III’s Net Stable Funding Ratio. The legislation is well-intentioned but there is an unintended consequence for investors that, in its most severe form, will dramatically increase the cost of transacting in the wholesale precious metals markets. 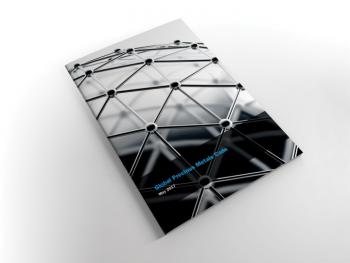 Transparency apart, client protection is another key issue for the London gold market. To address this, the LBMA published the Global Precious Metals Code in May this year. The first stand-alone code of conduct for the wholesale precious metals market, this represents an important step in market development.

The Code is intended to define a robust, fair, effective and transparent market, where all participants are able to transact following best practice guidelines. It sets out a common set of principles to promote the integrity and effective functioning of the global market covering ethics, governance, compliance and risk management, information sharing and business conduct.

All market participants involved in the global wholesale precious metals market are expected to act according to the principles of this Code and LBMA members will be required to sign a statement of commitment, attesting their conformance with the Code. Other participants, such as central banks, are expected to follow suit.

The Code was created after an extensive period of consultation with participants in the wider precious metals market. It was deliberately modelled on the FX Code produced by the G20 central banks, given the similarities between the OTC FX markets and precious metals market. But considerable work had to be done to tailor the requirements to include industrial companies such as miners and refiners. Ultimately the Code is intended to reassure clients that market participants are acting with high levels of integrity when it comes to conduct.

The LBMA published the Global Precious Metals Code in May this year.

Ethics, governance, compliance and business conduct are essential foundations for an effective market. But so too are the conventions that allow London to function fairly and efficiently, such as standard dealing amounts and physical bar requirements.

The LBMA plays a central role in this regard, setting the international standard, the London Good Delivery List (GDL) which is recognised not only by the global OTC precious metals market, but also by exchanges, central banks, refiners, investors, mints, jewellery and electronic companies across the world.

It is the de facto international gold standard, ensuring that when professional investors buy gold, they get what it says on the tin. And that label has changed in recent years. Now the gold does not only have to be pure; it has to be responsibly sourced.

For Good Delivery standards, the key word is enforcement. Our high standards and the large market we represent mean that losing LBMA accreditation has serious commercial and reputational implications. We have therefore adopted an Incident Management Process (IMP), under which we would review various allegations and issues that are brought to our attention in relation to any of the GDL refiners. Earlier this year, and following a review carried out according to the IMP, we removed a refiner from the GDL, which received a lot of media and market attention. It was the right decision, in light of the various allegations and supporting information we had received, and helped further strengthen our role as the quasi-regulator for the market. This, however, was not the first time we had removed refiners from the GDL. Failing to comply with the requirements of the Responsible Gold Guidance has led to several other removals in the past. Once removed, a refiner cannot apply for accreditation for a minimum of five years.

For good delivery standards, the key word is enforcement. Our high standards and the large market we represent mean that losing LBMA accreditation has serious commercial implications.

Removing the refiner this year was a serious step but it followed logically from a decision made in 2016, when we decided that all GDL refiners could no longer choose a relevant industry programme they wish to implement, but must comply with our Responsible Gold Guidance, given the broader scope and better line of sight.

Removing a refiner from the Good Delivery List may sound harsh – and it does not happen often – but the chain of integrity in the gold market is too important to jeopardise the Good Delivery standards. If those standards are compromised, the banks, central banks, refiners, investors, mints, jewellery and electronic companies who rely on us would all suffer commercially. They would also incur significant costs and considerable difficulties trying to individually manage the quality of the metal they use or produce. If there is to be confidence in the global OTC gold market, clients must receive what they have been promised. That’s what the LBMA brand must provide and that is the key focus of our attention.

London is a focal point for participants across the gold industry. Our efforts centre on ensuring that our market combines transparency, efficiency and good conduct so that stakeholders can be confident in the robustness of our standards and our commitment to integrity.

The LBMA vault holding data represent the volume of Loco London gold and silver held in the London vaults offering custodian services. As at 31 March, 2017 there were 7,449 tonnes of gold, valued at US$298 billion and 32,078 tonnes of silver valued at US$19 billion. This equates to approximately 596,000 gold bars and 1,069,255 silver bars.