BNP Paribas: The outlook for gold as Fed rates fall

BNP Paribas: The outlook for gold as Fed rates fall

The US Federal Reserve has cut rates twice in recent months and the market expects more of the same, as economic conditions become increasingly uncertain in the US and across the globe. Gold has already benefited from the shift in sentiment and Harry Tchilinguirian, head of commodity research at BNP Paribas, believes it will continue to do so.

Gold has had a noteworthy year. After a lacklustre first half, the price began to gain momentum, amid rising geopolitical tension and a marked decline in economic sentiment. Tit-for-tat trade measures between the US and China fuelled concerns. And, as friction mounted, risky assets, such as equities, became more volatile, while safe-haven assets, such as gold, saw rising demand. Gold and bond markets also began to front-run the Federal Reserve (the Fed), pricing in US rate cuts even before monetary easing was initiated.

By June, it was clear that economic conditions were changing and, in July, the Fed made its first rate cut this year. The US central bank also ended balance sheet normalisation, while recognising that external conditions were likely to play an influential role in future policymaking.

Given that nominal yields fall with every Fed cut, real rates could move and stay in negative territory, raising the appeal of holding gold as long as economic uncertainty persists.

In that month’s press conference, however, Fed chair Jerome Powell pushed back against market pricing for more rate cuts, characterising the Fed’s decision to cut as a “mid-cycle adjustment”. That did not stop the market from discounting further rate cuts. The yield on the benchmark 10-year US bond abruptly fell in July, declining even faster than subdued inflation expectations. This prompted real yields, as measured by US Treasury Inflation-Protected Securities (TIPS), to flirt with zero, while gold leapt to US$1,500/oz, a level not seen since early 2013 (Chart 1).

Even more importantly for gold, the July minutes from the Federal Open Market Committee (FOMC) confirmed something that the June minutes had alluded to: the assessment of current financial conditions was premised on expectations that the Fed would ease monetary policy. The Fed’s expectation of sustained expansion of economic activity, meanwhile, “was predicated on financial conditions that were more accommodative than earlier this year”. The market took this to its logical conclusion: if the Fed accepted that future growth was dependent on further rate cuts, it would be extremely hard for Powell to push back against market pricing while ensuring that financial conditions remained benign. The rationale for the Fed cutting hinged on softening activity indications, risk mitigation relative to external developments and weakening inflation expectations. As the market could see that all three conditions had been met, it was no surprise that gold moved higher even before the Fed delivered further cuts.

Looking ahead, we expect the Fed to make three 25 basis points (bp) cuts: in December, March and June. That would mean that, by the end of this cycle, the upper bound on the Fed fund’s rates would be 1.25%. Given that nominal yields tend to fall with Fed cuts, real rates could move and stay in negative territory, raising the appeal of holding gold as long as economic uncertainty persists. Should the Fed prove more aggressive than we assume, gold is likely to move above our forecast for that period. While real yields are a key driver for gold’s fortunes, the nominal yield environment on its own is also supportive for gold relative to alternative safe-haven assets. Recent trends highlight a clear co-movement between bond yields and gold prices. As yields turn negative on investment-grade corporate and sovereign bonds, gold moves steadily higher (Chart 2).

Given that we believe the Fed will continue to cut rates, moving from a pre-emptive, insurance-based stance to monetary easing, where will that leave the US dollar, which typically trades inversely with gold? At first glance, it would seem that the US dollar could come under pressure as yields in the US decline. Any depreciation of the US dollar would reinforce gold’s appeal to investors and central banks alike. Recent official US comments, notably President Trump’s criticism of dollar strength, have even raised questions about possible official intervention to weaken the currency. When it comes to US dollar policy, however, the Treasury, which has purview, continues to indicate that a strong dollar is in the long-term interests of the US. In our view, then, official intervention is unlikely.

Any depreciation of the dollar would reinforce gold’s appeal to investors and central banks alike.

What looks more probable is a shift in official rhetoric in favour of a ‘competitive’ rather than a ‘strong’ US dollar. As for forthcoming Fed easing, the impact on EUR/USD is likely to be modest, because the European Central Bank (ECB) is pursuing a policy of monetary easing too. In September, for instance, the ECB delivered a convincing package that included a deposit rate cut, strong forward guidance and open-ended asset purchases. Finally, the US dollar has exhibited some resilience given US-China trade tensions. The currency has acted as a refuge destination whenever concerns mount over the potential repercussions of US-Sino tensions on emerging market economies. With these trade differences likely to take a long time to resolve, we suggest that the US dollar is more likely to be a mitigating than a supporting factor for gold. Over time, we believe that demand for gold will be motivated primarily by a low rate environment.

All in all, given the developments above, gold has resumed its traditional role as a safe-haven asset and investor buying interest has returned. Gold holdings in known, physically backed exchange-traded funds (ETFs) have risen steadily since their May trough and are trending towards the peak levels achieved in 2012. While we expect risk aversion will drive investor demand for gold through H1 2020, rising inflation expectations by the end of the Fed easing cycle are likely to take over. For now, however, interest in gold is clear from the options market. At the time of writing (1 October 2019), the market was pricing out of the money gold call options much above their equivalent put options, reflecting sentiment that gold prices have more upside than downside risk. 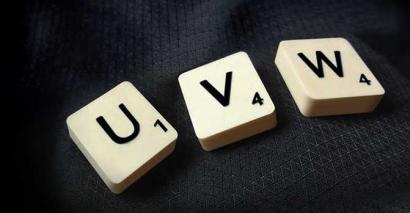