The direct economic impact of gold

This new independent research report, The direct economic impact of gold, commissioned by the World Gold Council and produced by PricewaterhouseCoopers LLP, reveals striking insights into the direct economic contribution of gold in the world’s major gold- producing and consuming countries.

The research is ground-breaking in the breadth of its perspective, covering the entire value chain of the gold industry, from mining and refining to end-user consumption.

Global gold supply reached 4,477 tonnes in 2012 with approximately two thirds coming from mining and one third from the recycling of gold.

Overall, the GVA associated with the supply of and demand for gold is estimated to be in excess of US$210 billion across those countries in scope of this analysis: this means it is similar to the GDP of the Republic of Ireland or the Czech Republic or Beijing. 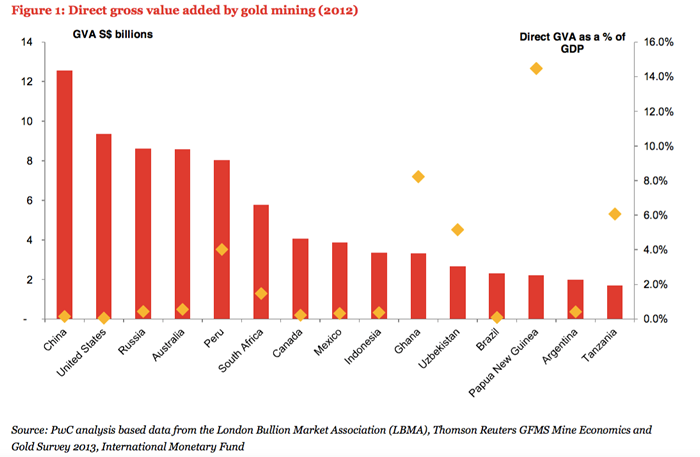