@JReade_WGC: I've been looking a bit more at the move in gold in Asia on Monday morning. 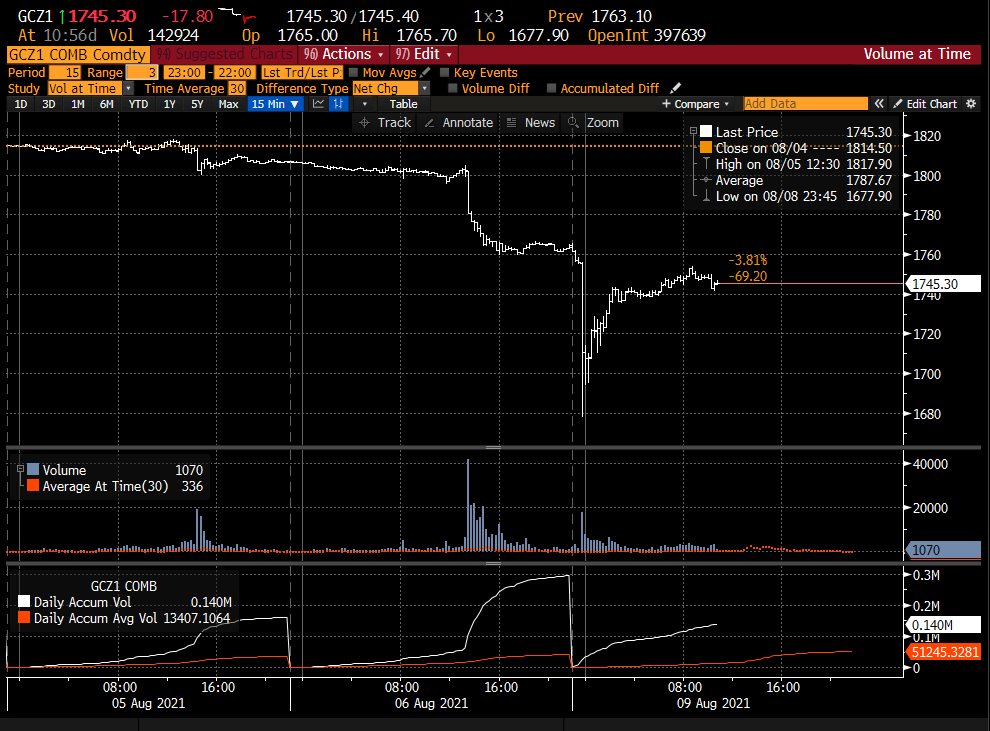 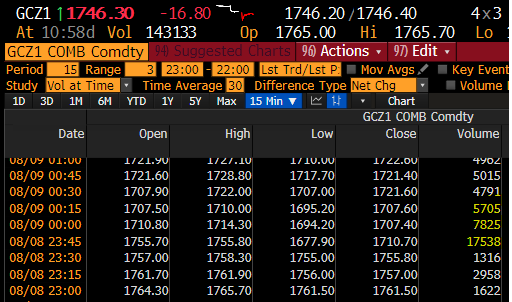 What triggered the initial move lower in gold?

It's hard to be sure but the dollar did open a little firmer than Friday's close. 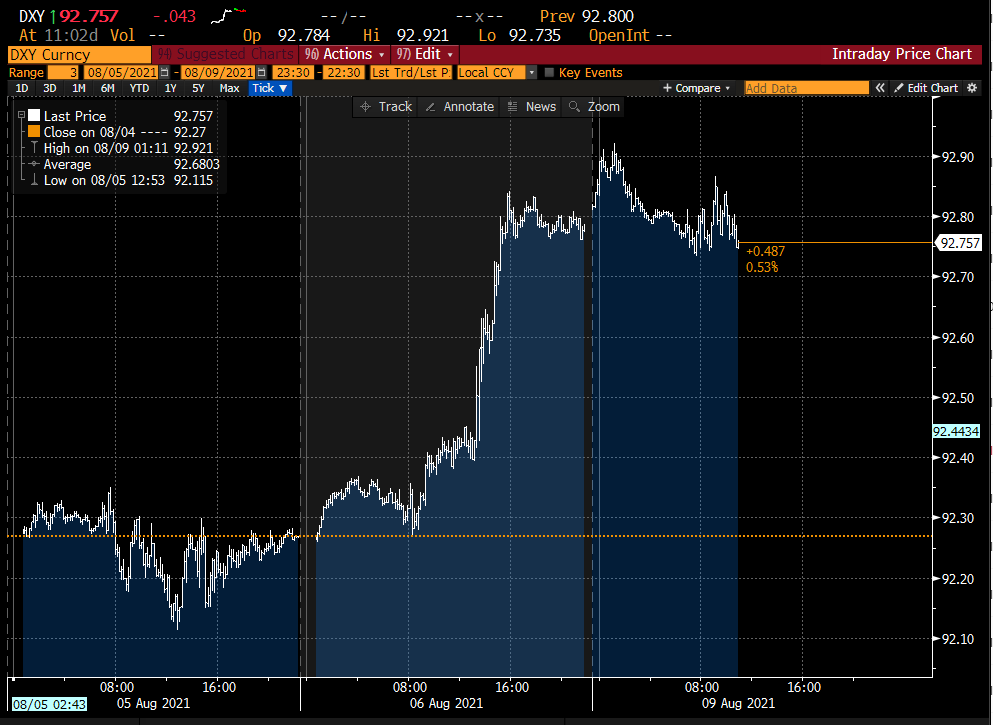 Could the sell-off have been a 'fat finger' or something malicious? Either are possible.

But its also possible that gold slipped lower as the dollar firmed, triggering stop-loss selling, which caused gold to slip lower, triggering more stops until the selling was exhausted.

Based on the data I have available, its impossible to be sure. We do know that as of last Tuesday Net Managed Money positions in gold, although modest, stood at 331t or about 10moz. 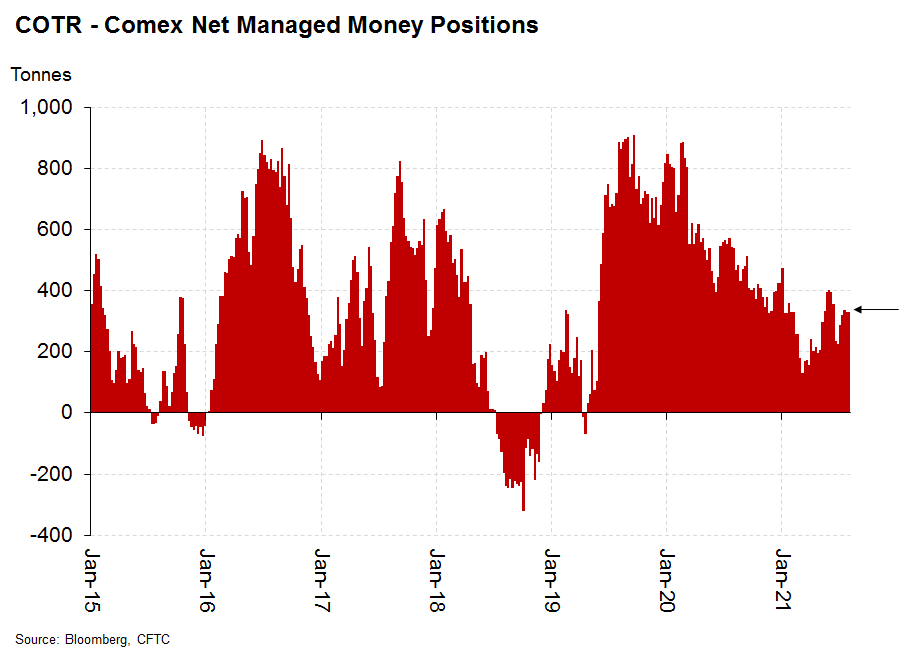 And gross long Net Managed Money positions close to 15moz, so there was certainly the capacity for stop-loss selling from managed money accounts to sell gold. 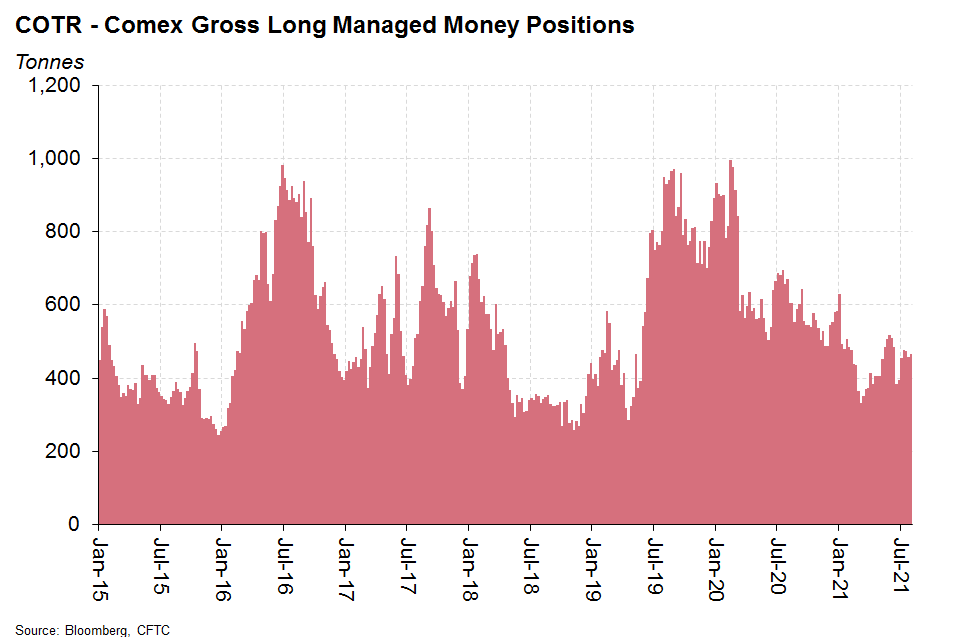 We will get some more insight when the Change in #gold open interest is published for the move - and more still on Friday when the next CFTC COT data is released.

Until then, only the CME can really know what was behind the move. Everything else is guesswork.

In our latest monthly Gold Market Commentary, we discuss how September has been a historically strong month for the price of gold; some investors may use the selloff opportunistically.