The biographies below provide details of the senior industry figures who have fulfilled the role of Chair of the World Gold Council. 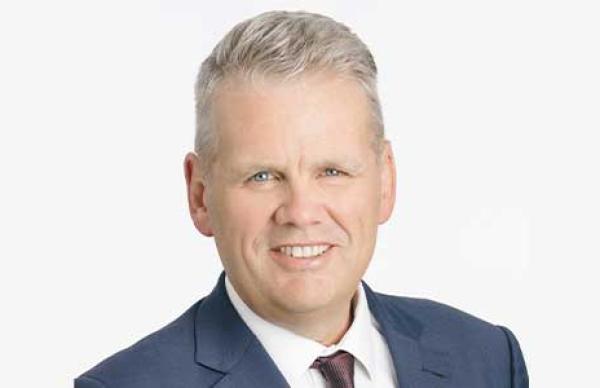 Randy Smallwood has been the Chief Executive Officer and President of Wheaton Precious Metals since 2011 and is one of the founding members.

Mr. Smallwood originally started as an exploration geologist with Wheaton River Minerals Ltd., and in 2001, was promoted to Director of Project Development, a role he held through the 2005 merger with Goldcorp (now Newmont).

Mr. Smallwood was an instrumental part of the team that built Wheaton River/Goldcorp into one of the largest and most profitable gold companies in the world. He is now focused on continuing to add to the impressive growth profile of Wheaton Precious Metals.
He is also the chairman of the board for Special Olympics BC, a member of the board of MineralsEd BC and a member of the organizing committee for Mining4Life, and previously on the board of the BC Cancer Foundation.

He holds a geological engineering degree from the University of British Columbia.

Kelvin Dushnisky is Chief Executive Officer of AngloGold Ashanti, a position he has held since September 2018. Mr Dushnisky was previously President and a Director of Barrick Gold Corporation.

He is also a member of the Law Society of British Columbia, the Canadian Bar Association, the Business Council of Canada, the Institute of the Americas and the Canadian Council for the Americas.

David Harquail is the CEO of Franco-Nevada Corporation.

David Harquail has led the company since 2007 and previously held senior executive roles at Newmont Mining Corporation.  Franco-Nevada is the leading gold-focused royalty and streaming company and is listed on the Toronto and New York stock exchanges.

He is a designated Professional Engineer with a Degree in Geological Engineering from the University of Toronto and a Masters of Business Administration from McGill University. David has served on many senior mining boards, industry associations and not-for-profits.

In 2016, his donation to Laurentian University in Sudbury underwrote both the Harquail School of Earth Sciences and its Mineral Exploration Research Centre. In 2017, he underwrote the Harquail Centre for Neuromodulation at Sunnybrook Health Sciences in Toronto.

Randall Oliphant is the Executive Chairman of New Gold.

From 1999 to 2003, Randall was the President and Chief Executive Officer of Barrick Gold Corporation, and since that time he has served on the boards of a number of public companies and not-for-profit organizations.

In addition, Randall was the Chairman of Western Goldfields Inc. from 2006 until its business combination with New Gold in 2009, at which time he became the Executive Chairman of the combined company.

Randall presently serves on the advisory board of Metalmark Capital LLC, and on the board of directors of Franco-Nevada Corporation, WesternZagros Resources Ltd. and Newmarket Gold Inc.

Ian Telfer is the Chairman of Goldcorp Inc.

Ian began serving as Goldcorp’s Chief Executive Officer in 2004 after the company acquired Wheaton River Minerals. In 2006, Ian transitioned into his current Chairman role at the company.

A noted philanthropist; his donation to the University of Ottawa resulted in the Telfer School of Management, named in his honour.

Greg was a director of Knightsbridge Human Capital Management and a member of the Cabinet for The Heart for University Health Network Campaign.

He was a Chartered Accountant in Ontario and held an undergraduate degree from Concordia University.

Designated a Professional Engineer by the Association of Profession Engineers of Ontario and a CFA by the CFA Institute, Pierre holds a Bachelor of Science degree by Ecole Polytechnic of Montreal and a Master of Business Administration by the University of Utah.

Pierre has received seven Honorary PhD's from the Universities of Toronto, Montreal and Utah, as well as from Ryerson, Concordia, York and Western Universities.

Author of "The Gold Book: The Complete Investment Guide to Precious Metals" and a noted philanthropist. In spring 2014, his substantial donation to the University of Utah resulted in the creation of the Lassonde Entrepreneur Institute.

Pierre is a member of the Canadian Mining Hall of Fame and the Order of Canada.