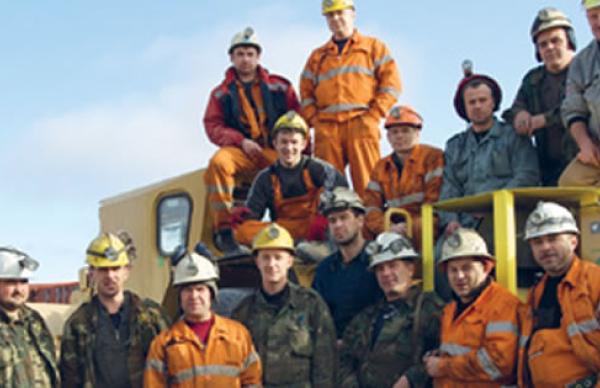 Kinross’ Kupol operations are located in the remote Chukotka region of northeastern Russia, 200 kilometres from the nearest town. While mining has historically been a cornerstone of the region’s economy, most of the previous mining was completed decades ago and did not employ modern technologies. Kupol is one of only a few significant employers in the area, providing much-needed jobs at its two underground mines – Kupol and Dvoinoye, and processing mill.
The mine operates an on-site training centre that helps locals acquire the skills to work at modern mining operations. Workers who complete the training receive accredited professional certifications recognised throughout Russia under a licence obtained from Chukotka’s Department of Education. Currently, the centre provides 36 different certificates in such careers as underground miner and haul truck driver. Since the centre opened in 2008, approximately 2,000 people have been trained and Kinross has issued more than 860 certificates to employees, including 67 indigenous residents

Watch the video to the case study here