Russia: a significant force on the global gold market

Russia: a significant force on the global gold market

Russia is the largest official purchaser of gold in the world and the third largest producer. But it has yet to reach its potential on international investment markets. That could be about to change, particularly if certain key policy changes are implemented.

In 2016, the Central Bank of the Russian Federation bought 201 tonnes of gold, substantially more than the central bank of any other country. The People’s Bank of China, in second place, added 80 tonnes to its reserves, while the National Bank of Kazakhstan, in third position, acquired 36 tonnes.

Over the past decade, the Bank has added more than 1,250 tonnes to its gold reserves, taking its holdings to about 1,700 tonnes, the sixth largest gold reserves in the world.

Russia’s interest in gold stems back for many years but it has reached new levels over the past decade. During that time, the Bank has added more than 1,250 tonnes to its gold reserves, taking its holdings to 1,700 tonnes. The sixth largest gold reserves in the world, they constitute 17% of the nation’s wealth.

Why has this happened? In the words of Elvira Nabiullina, Governor of the Bank of Russia: “We are adhering to the principle of reserve diversification. This principle remains unchanged. From this perspective, our reserves do include gold.”1 Dmitry Tulin, the First Deputy Governor, has also stated that the Bank of Russia has been increasing the amount of gold in its reserves, as only this reserve asset provides total protection against legal and political risks.2

Gold is one of the most effective investment assets in the long run.

In our recent discussions, Gokhran of Russia – a state institution under the Ministry of Finance whose gold holdings make up part of the country’s official reserves – said that “Gold is one of the most effective investment assets in the long run – and the large volumes of gold purchased by both official and private investors globally show how attractive this asset is. During the last 15 years the price of gold has increased five-fold, although the price of gold can fluctuate a lot in the short run. Gokhran responds to the changing situation on the global gold market and – when market conditions are favourable – replenishes its gold reserves.”

Russia is not only the largest official buyer of gold, it is also a leading producer 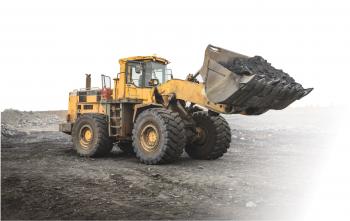 Production has almost doubled since 1995 and today, Russia ranks third on the list of global producers, behind China and Australia. In the past ten years alone, the country has mined more than 2,000 tonnes of gold, with production of more than 300 tonnes expected this year, rising to 400 tonnes by 2030, according to Sergey Kashuba, Chairman of the Union of Gold Producers of Russia.3

Growth has been driven by a range of factors, particularly the privatisation of state-controlled gold mining companies and consolidation of smaller gold producers, both of which allowed Russian miners to compete on the global stage. Today, the five biggest gold mining companies – Polyus, Polymetall, Kinross, Petropavlovsk and Nordgold – produce more than 120 tonnes of gold a year, some 50% of Russia’s total production, according to the Union of Gold Producers of Russia.

Seven out of eight gold refining companies in Russia are on the LBMA Good Delivery List, a significant number of accreditations, surpassed only by Japan and China. But capacity far exceeds production. Krastsvetmet, the largest Russian refinery, refined about 170 tonnes of gold last year, for instance, against an annual refining capacity of approximately 250 tonnes.4 Similar instances exist across the refining industry.

Independent analysis also suggests that the abolition of VAT should drive growth within the domestic gold industry, conferring material benefits on the Russian economy. 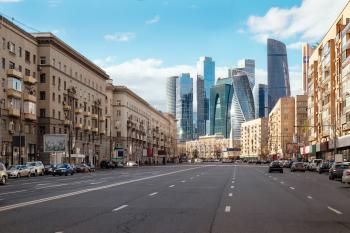 Russian investors are not uninterested in gold but purchases are subject to punitive tax treatment. The government, the Bank of Russia and commercial banks can purchase gold VAT free. But individual and institutional purchases of gold bars are subject to VAT of 18% – the highest rate in the world.

Attended by Alexei Moiseev, Deputy Minister of Finance, representatives of the Union of Gold Producers, Krastsvetmet, the Moscow Exchange, the World Gold Council and leading banks including Bank Otkritie, Lanta Bank and Sberbank, the event saw widespread support for the removal of VAT on gold. Marina Tseplyaeva from the Union of Gold Producers said at the meeting: “The initiative will permit a sharp rise in the investment appeal of gold for Russians and increase their demand for physical gold”. Independent analysis also suggests that the abolition of VAT should boost retail demand for gold by around 50 tonnes per year in the long run, conferring material benefits on the wider economy.5

The draft amendment to the Tax Code has now been submitted for consideration by the Russian government and many hope it will be approved.

Today, Russia is a prominent player in the global gold market, both on the supply and demand side. It is the world’s third largest producer, with a 200-year history of gold mining, and the most significant official purchaser of gold. In our view, opening up the domestic gold investment market could make a material difference to the Russian economy, the gold industry and the country’s position on the global gold stage.