The gold price has moved ahead this year, despite rising US interest rates and a persistent bull market in equities. Looking ahead, there are several reasons to believe that gold could maintain upward trajectory, as John Reade, Chief Market Strategist at the World Gold Council, explains. 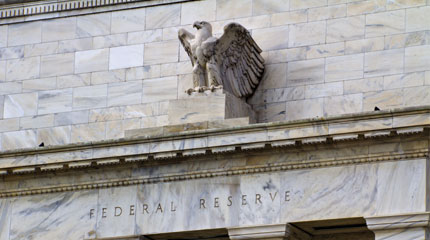 Investor attention may have been focused on US equity markets, technology stocks and crypto currencies this year, but gold has still had a decent 2017, delivering double-digit growth in the first 11 months alone. The strong performance is particularly noteworthy in a year when the US has been hiking rates and equities have remained in favour. Gold’s range has been relatively narrow and, apart from the geopolitically-inspired move above US$1,350/oz in September, the moves have been extremely orderly.

So, what are we watching for next year?

Monetary policy – and policymakers – will continue to be significant drivers of gold demand, given that the Federal Reserve (the Fed) is anticipated by many to hike rates further next year and start to allow its balance sheet to contract. The new staff roster may also change the way the Fed acts and communicates. Jerome Powell, nominated as the next Fed chair, recently aired his views on Fed communications and any changes that he makes could lead to a period of adjustment by fixed income and other markets. Other staff will change too, most interestingly the suggestion that Mohamed El-Erian – a known supporter of gold as an investment asset – may become vice-chairman.

Of course, it is not all about the US central bank. Over the next 12 months, we may see a slowdown in the ECB’s extraordinary monetary policy action, while even the Bank of Japan may dial back its quantitative easing. Finally, China could continue its efforts to rebalance economic growth and possibly de-leverage some sectors of the economy.

With inflation still subdued around the world, we see monetary policy tightening as likely to be gentle, but there are risks, not least the Fed’s planned balance sheet reduction – the first time such an action has been attempted.

Away from monetary policy, we view two other factors as potentially important for gold. First, the ongoing strength – or otherwise – of already expensive US equities. And second, the trajectory of the US dollar. We believe that the bull market in US equities has reduced gold’s appeal in 2017: an end to that trend could reignite demand for gold. The direction of the US dollar could also be important: if 2017 marks the end of a multi-year period of US dollar strength, gold could benefit from that tailwind, unlike the headwind that it has experienced since 2001.

Over the long run, income growth has been the most important driver of gold demand. And we believe the outlook here is encouraging. 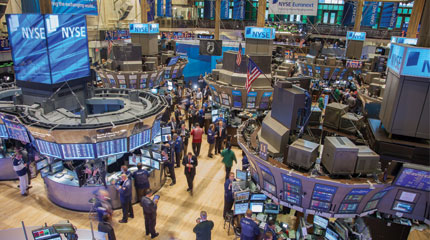 What physical market trends should investors pay attention to in 2018? Income growth is probably the most significant because, over the long run, it has been the most important driver of gold demand. And we believe the outlook here is encouraging. China, the world’s largest gold market, has avoided the hard landing that many were predicting 18 months ago and is expected to grow at a fair clip in 2018, with the consensus forecast at around 6.4%.

The Indian economy is recovering from the shock demonetisation of 2016 and adjusting to the Goods and Service Tax rolled out in 2017. The slowdown in GDP growth last year is expected to moderate, as businesses and consumers adapt. Indeed, India is expected to be one of the fastest-growing countries in the world in 2018, expanding at an even faster rate than it did between  2012-2014.

Solid income growth in the world’s largest gold markets would undoubtedly be viewed as good news. But other countries are making progress too. Germany’s economy is expected to maintain its momentum and unemployment is anticipated to continue falling, providing support for the world’s third-largest bar and coin market. Across the Atlantic, the US jewellery market, the third-largest in the world, could benefit from continuing economic growth and high consumer confidence.

Structural changes in the gold market are also worth noting. These may not have a direct impact on the gold market in 2018, but they can herald significant changes in the years to come. Potential changes to the VAT rate currently applied to gold bars in Russia is a case in point. A punitive 18% has stifled market growth, so a reduction could open up an exciting new market. Elsewhere, banks and mints are continuing to develop Shari’ah-compliant gold products, and we may see this part of the market gain traction. And in India, the move to develop a spot exchange could result in greater transparency, boosting India’s gold trade.

The bull market in US equities has reduced gold’s appeal in 2017: an end to that trend could re-ignite demand for gold.