Newmont, in collaboration with the International Council on Mining & Metals (ICMM), is working to set meaningful science-based emission reduction targets for the industry and determine what must be done to achieve such targets.

Newmont is evaluating targets such as increasing renewable energy supply through self-generation or power purchase agreements as well as transitioning to electric and/or electric-hybrid vehicles. 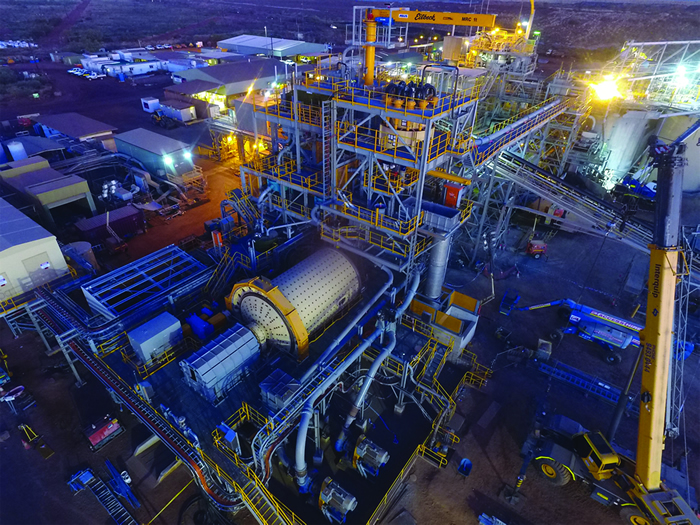 A key success thus far has been expanding the use of fuel efficiency technologies, such as the Blutip solution Newmont implemented at its Boddington operation, which has reduced diesel fuel consumption by 5.2% and GHG emissions by 10,000t on an annual basis. In addition, fuel switching to lower emissions sources has been a vital component to Newmont’s 2020 emission reduction goal, and a key example for this is Newmont’s Tanami Power project.

In early 2017, extreme weather in Australia’s Tanami desert led to widespread, sustained flooding. For two months, diesel, which is the primary fuel source for the mine, could not be trucked into the site. As a result, production – at an average of 8,000 ounces of gold per week – was shut down during the month of February.

To improve energy security and mitigate climate change risk, Newmont conducted a review of options including an analysis of the cost of carbon, giving the company greater visibility into each option’s embedded carbon risk and exposure to future carbon pricing schemes. The price of carbon was analysed at US$25 and at US$50 per tonne of carbon dioxide equivalent (CO2e). These price points were based on current carbon pricing used by mining and energy companies.

The review resulted in Newmont approving the Tanami Power project, including the construction of a 280-mile long (450 kilometres) natural gas pipeline, which is set to deliver a consolidated energy solution for the mine by providing reliable, gas-fuelled power generation. Switching from diesel fuel to natural gas is expected to reduce annual energy costs and carbon emissions by approximately 20% beginning in 2019.